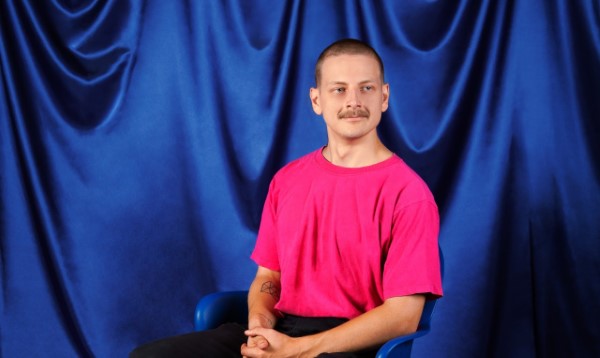 Recently, Acadian singer, producer, and multi-instrumentalist P’tit Belliveau has unveiled “J’aimerais d’avoir un John Deere”, an epic piano ballad with a powerful crescendo. Marking his return to original music – following the release of his cover EP … chante Baptiste last spring – the single is the first taste of his upcoming, sophomore album, which will be released in 2022 via Bonsound. “J’aimerais d’avoir un John Deere” is available now on all music services.

Showing masterful songwriting and production skills, the artist delivers an ingenious piano-vocal composition, which takes an unexpected magnitude along the way with the introduction of a vibrant melodica and an atmospheric, almost airy choir. Just like P’tit Belliveau’s previous work, this new song is both surprising and brilliant. In contrast with the glorious piano arrangements, the lyrics are more down-to-earth.

“J’aimerais d’avoir un John Deere” casts an analytical eye at our relationship with social success and what we’re willing to do to expose our wealth and prosperity to others. In an insular community like Baie Sainte-Marie, where P’tit Belliveau grew up and still lives, the legendary John Deere truck is a symbol of wealth and embodies the materialistic drive to which we all conform to some extent.

After a full house performance on the main stage of the Francos de Montréal this summer, P’tit Belliveau announces close to 30 dates over the next year, including a show at Club Soda in Montreal on April 30th. Before hitting the stage again in 2022, the young Nova Scotian is heading to France, where he’ll be playing at the Point Éphémère in Paris on November 30th, as well as in Rennes on December 4th as part of Bars en Trans. Check out the list below or visit ptitbelliveau.com for all the dates.

Jonah Richard Guimond was 11 years old when he found a guitar in his parents’ closet and unwittingly became P’tit Belliveau. Since then, the singer-songwriter from the small francophone community of Baie Sainte-Marie, Nova Scotia, has tackled music with never-ending candor and an unconventional spirit.

In 2020, with the help of producer Emmanuel Éthier, he released Greatest Hits Vol.1, an undeniably rich debut album that earned him the awards for Breakthrough Artist of the Year at the GAMIQ and Best Album Production (with Éthier) at the ADISQ Gala, as well as a nomination on the Polaris Music Prize Long List. The young Acadian artist also made it onto several year-end lists, including those of CBC, Apple Music, ICI Musique, and the Journal de Montréal. The noteworthy music video he self-directed for the song Income Tax has also reached over 300,000 views on YouTube and has been the subject of several memes.