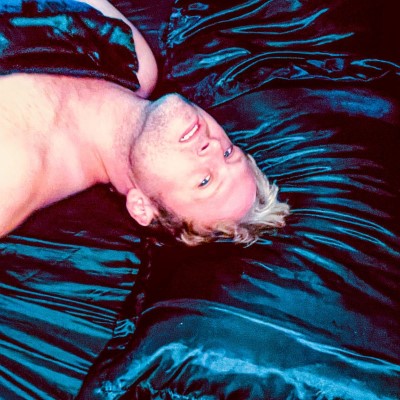 After a six-month break from music, Cory Stewart is back with his most controversial release yet. Stewart’s new single “Give In Tonight”, which deals with themes of addiction, sex, and bad decisions. The synth-driven pop/dance-hybrid song, which focuses on the struggle of giving in to the darkest of human desires, is designed to make listeners dance; but also reflect.

“Give In Tonight” started as a project between UK-based producer Edward Russell and Stewart, fresh off the heels of their May 2021 collaboration, “Perfect World (Blue Pill Edition)”. Russell sent Stewart an instrumental of a song that Stewart immediately fell in love with, prompting Cory to immediately begin writing. It didn’t take long for Stewart to rope in Gavin Bradley (one of his long-time collaborators) to contribute to production and lyrics before landing on the version of the song that will be released on the 19th.

“As humans, I think we are all programmed to seek pleasure in our day-to-day lives. Some of the things we seek like morning coffee and a kiss from our partner are completely healthy, while others are destructive,” says Stewart. “Yet, many of us continue to pursue destruction, regardless of consequence, because it provides a quick fix to our problems. We live in a world that celebrates extreme consumption and concealed narcissism – and this song explores that in the most raw way possible.”

Stewart released his debut album TOV in January 2021 to critical acclaim, with the press calling it “expertly-crafted”, “ever-catchy” and a “no-skip, heavy-hitting pop album with a voice and direction unlike any other”. Charting #9 on iTunes and celebrating over 700,000 stream counts to date, TOV continues to be touted as one of the best indie-pop album releases of 2021.

Cory Stewart has been described as synth-pop’s “smooth voice” (Billboard, 2020) who creates “fearless, unapologetic and relentlessly catchy” music (Canadian Beats, 2018). Stewart has been a supporting act for several legendary artists including the likes of Boy George and Crystal Waters.

He is the host of the Official Queerantine Aftershow, which accompanies the weekly TRL-style indie music showcase show Queerantine, airing monthly at 3:00 p.m. EST on the non-profit ‘It Gets Better’ YouTube channel. Cory also hosts the monthly online event “Queer Music Social”, which gathers musicians from around the world, and pairs them with music experts for Q&A style panels.

Stewart hosts a weekly podcast called “OK GREAT” with fellow musician Kisos, where the two speak about the trials and tribulations of living as an indie music artist.