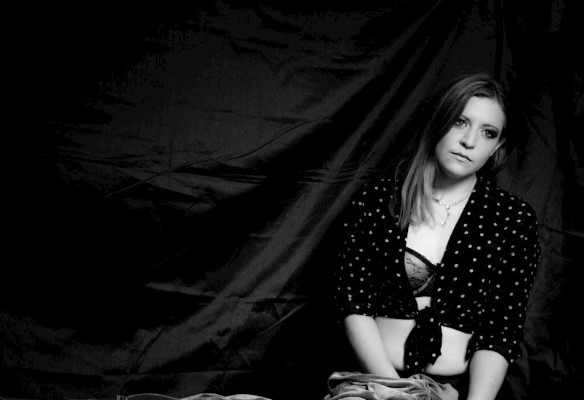 Lost Martian is back with their debut EP, Otherworldly, a sonic saga of isolation, doubt, the clutter of one’s own mind due to lost love, and the space around it.

Lead singer and inventive powerhouse behind the Lost Martian—Thea McKay—piggy-backs on the hard/punk rock instrumentals, sprinkling on serenading vocals and powerful lyrics.

McKay’s desire for what she wants the audience to feel while listening to her material is further punctuated by how much of herself she is willing to share in her songs.

“I want to make people excited to go to my shows and get to know me as an artist a little better. Even though it’s a blast to listen to, I also wanted it to show my sensitive side and uplift others.”

Otherworldly may be a debut EP for Lost Martian, but it is a sonic stepping stone for the direction the band hopes to achieve with future releases.

“Otherworldly” is sort of a call to the kind of woman I am in a sense and also is a shout out to the name of the project itself. The idea that I am not a being of this world and that I operate somewhat differently (in terms of my attachments with people, saying exactly what I mean, having intense emotions and wanting to show those rather than hiding them, etc.) reflects the claiming of independence that the songs stand for.”

Check out Otherworldly below, and find out more about Lost Martian via our Five Questions With segment.

My name is Thea. I’m the lead songwriter of Lost Martian. Music is my passion and I have been devoted to it for many years. I’m one of those fans turned artists you hear about that have listened to all genres throughout their life and finally decided to contribute a verse.

The live shows are where I connect most with people, and I strive for an atmosphere of community, comfortability and of course a lot of fun with my sets. The people in the crowd are as much a part of the show’s heart as the people on stage. I firmly believe that.

I like to write directly from the heart and I quite honestly know no other way to do it. I find that I always have something trapped, an observation, a feeling, an anxiety, or something that can get immediately translated when I sit down to write. That doesn’t mean that structuring a song is easy for me, but it does serve as an outlet no matter what mood I’m in. I never really had too much formal training in music theory, so I can sometimes be known to create obscure chords that aren’t commonly used.

Lately, a little technique I’ve used to write is to mess around with the key of a song I really like. Take the key, use a few theory techniques to add some spice, and make it my own. You end up with something completely original while still preserving some of the same emotions that you loved in the original track.

Honestly, just trying not to give up or put it off for too long. The pandemic was really rough for me in so many ways, and you’d think that would add to the creative spirit but in this case it detracted from it. My passion isn’t gone at all, it’s just my motivation which is being tested. So really, it’s just trying as much as I can to put the time in, and take my emotions of whether I’m feeling excited about writing out of the equation entirely.

I think right now it’s the new single “The Mess I’m In”, because I love it. I really feel like I wrote something where, in my lower moments, I can listen to it and feel uplifted and understood. That’s really what I strive to do in general so I feel like I’ve done my job as an artist with this one.

There are so many, but if I had to pick one right now it’d be Half Moon Run. Their talent absolutely boggles my mind. Like I don’t even understand. Teach me.