Home / Promos / Hot off the heels of their massive MCMA awards wins, Petric has another huge week ahead of them starting with the release of their new single “When I Asked You To Dance”

Hot off the heels of their massive MCMA awards wins, Petric has another huge week ahead of them starting with the release of their new single “When I Asked You To Dance” 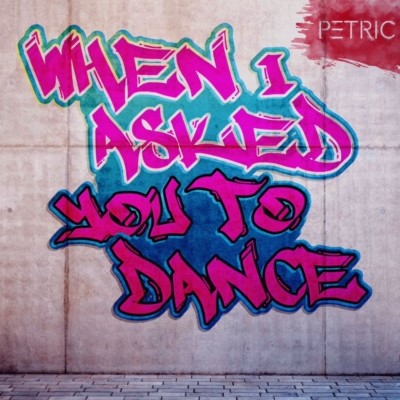 Winnipeg’s own Petric sure has a lot to smile about this week. The week starts out for this trio with the release of their brand new single “When I Asked You To Dance.” It was written by Hannah Ellis, Jacob Durette, Nick Wayne and Jason Duke. Grammy-nominated Chris Baseford produced it and it was recorded at Bedside Studios in Winnipeg. This is a tune that will make you want to dance and sing along because it is just so much fun to listen to.

The band shares this about their new single,

“From the first moment we took this song into the studio, it has been a complete expression of fun and joy for our band. “When I Asked You To Dance” is a song about asking someone you just met to hit the dance floor. It’s about those first moments in a new relationship, where you have the desire to know what it’s like to hold that person close, look into their eyes, touch them, kiss them. Those moments in life are very exhilarating and exciting. We feel this song is just that. We are excited to finally get the opportunity to share this track with everyone, and even more excited to start working it into our live show.”

Listen, stream or download “When I Asked You To Dance” HERE.

Tuesday, November 16 is the second date of awesome things that happened for Petric. They’re amping up their week by performing the national anthem at the Winnipeg Jets vs. Edmonton Oilers game at the Canada Life Centre. This is the second time for the trio that includes brothers Jason and Tom Petric and long-time friend Jordan Day to have this amazing opportunity.

They finish off this week by checking off an item from their bucket list and realizing a dream come true when the full band hits the big stage at the Canada Life Centre on November 20 alongside High Valley and Dean Brody. It’s their first time performing at this iconic arena.

They shared this exclusive with Canadian Beats about this upcoming experience,

“As a band we have worked hard. We’ve succeeded, we’ve struggled. This has been an incredible journey for Petric. Having this opportunity is truly a dream come true. A dream that we’ve all shared since we were teenagers. That feeling of relief is because this is the moment we’ve worked for and struggled for the last 20 years. We are very grateful to have this chance and plan to make the most of it.”

The new single, “When I Asked You To Dance,” follows their full-length album Flashbacks released earlier this year that features the group’s 2020 singles “If I Was Your Man,” “All Who Wander” and fan favourite, “Déjà Vu,” which immediately captured the attention of industry and fans with their high energy, rich vocals and alluring songwriting. The album also included their 2019 singles “Something To Do With You” and radio hit “Single Problem” which earned over one million streams and was the highest-charting single by an independent artist in 2019 (peaking at #19).

With racking up over 12 million streams, 315K+ views on YouTube, three Top 20 singles on Canadian country radio and eight Manitoba Country Music Awards since they formed the band in 2015, Petric aren’t slowing down any time soon. With more new music in store for the New Year, be sure to follow @petricmusic across social platforms.