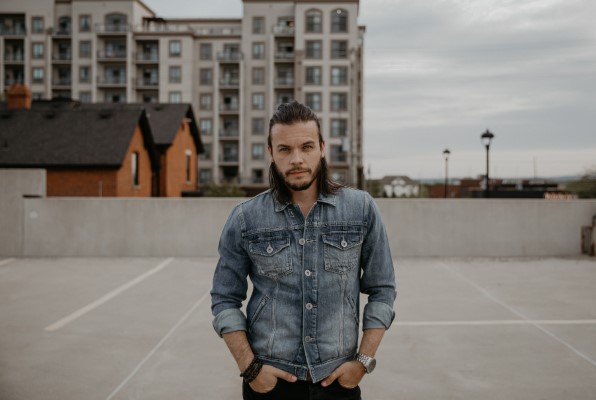 Toronto, ON-based artist,  Jeff Eager released two singles, “I Don’t Dance Anymore” and “For Your Love” on November 5, 2021. The singles honour the spirit of the ’70s and ’80s and are from his upcoming sophomore album.

“In my music career, I’ve played a lot of cover gigs. I’ve made a living off of playing covers in bars, clubs, weddings, and corporate events. However, even on the cover scene, I’ve managed to carve out a unique brand and reputation, playing only the music I truly love. So much of that music – the pop, rock, funk, and soul that I adore – comes from this golden era of songwriting.

While I am proud of my first album, I wondered why playing a lot of that original music didn’t give me the same feeling as when I performed, say, a Prince song or a Rolling Stones song or an Earth Find & Fire song. Shouldn’t I enjoy my own music as much as I enjoy my favourite artists’? Why was I trying to write music that was different from my greatest influences? This is what I enjoy most, so let’s create more of it. I made it a goal to write songs that can sit next to those great artists’ work and feel that it is as good, that it “fits” there, and that I can play it on stage with the same amount of confidence and joy. This music is not written as a “throwback,” or as a gimmick. It’s not to be enjoyed tongue-in-cheek or ironically. I’ve simply created some original art that I believe to be good. If it happens to have the feeling of a nostalgic golden age of music, that’s just a by-product that can’t be helped!”

Both singles were produced by Jeff Eager and Mike Rocha, with Adam Bowman on drums, percussion, and Moog bass, Roger Williams on bass, Jason Larmond on keys, and Andrew McAnsh on trumpet.

Check out “I Don’t Dance Anymore” and “For Your Love” below, and find out more about Jeff via our Five Questions with segment.

I’m Jeff Eager. I grew up in Calgary, and after finishing school at U of C, I flew to Toronto to ‘make a go at a music career.’ I didn’t know what that meant exactly, and pursued every opportunity that came my way: cover gigs, original bands, wedding and corporate jobs. Once I had established myself in the city, a typical week would have me playing solo acoustic R&B covers at Joe Mamas, followed by a wedding gig at the Royal York with a 10-piece band, followed by a rock cover gig at the Hideout on Queen, then I’d be playing bass with an indie band for CMW at the Silver Dollar. The variety of work was life-giving. It was an amazing musical education that you can’t get in any school and those formative years put down strong roots and relationships that have sustained my career in music for 15 years. The phone hasn’t stopped buzzing, thankfully!

Today, I enjoy life outside of Toronto with my wife and three beautiful daughters. My music career is much more focused on working with original artists in the studio and on tour (not that you won’t still find me a few times a month rocking out at a dive bar in Toronto!). After releasing my debut album, Bonavista, in 2014 (re-released with bonus material in 2016), I am more than ready now to put brand new music into the world.

I believe an artist’s output is largely made up of the thousands of inputs they’ve had over the years, and this combination is unique to each person. For me, beginning as a piano player, it was Royal Conservatory formally, but it was Billy Joel, The Guess Who, and the Beatles in between. When I picked up the guitar as a teenager, it was all Rolling Stones and Led Zeppelin and Queen. And it wasn’t until my twenties that I really dug into the funk and soul: Earth Wind & Fire, Stevie Wonder and Prince (yes, I was late in life for picking up Stevie and Prince). So the music I write has roots in all of these. I wanted to create music that spurred the same feelings of awe and wonder that I had as a child. What was it that captured my imagination? What gave me chills? Can I create something original that will elicit the same response now? For myself and for other listeners? Well, it’s worth a try.

The best ideas for me usually come when I’m away from the instruments and out of the studio. The melodies, hooks, themes, and overall movement of a song comes first in my mind. Then it gets recorded onto my phone (in a chaotic half-sung, half-described version, and often while driving!). Finally, I take those ideas to the keyboard or guitar or open up a Garageband session and try to figure out in real musical terms what this song is.

The idea for these songs, and the full album, have been rattling around in my brain for a while now. The pandemic – and all other gigs disappearing – really pushed me to get serious about making it a reality.

Of course, I am also a father, and the waves of pandemic lockdowns kept the kids at home. So at the start of all of this, music really took a backseat as I dedicated my days to my daughters at home. Interruption is the enemy of creativity, as most seasoned parents know you don’t get creative work done with kids around. You need to carve out that dedicated time alone to put in the work (and on the flip side, it means your children get the best of you and your attention as well). So the writing and recording of demos began late in the evenings, which made for some tired days. But once the girls were back to school (and gigs were for the most part still not happening), I found myself with far more time to dig in … and so I put in the work to get these songs to the finish line.

These first two songs, I Don’t Dance Anymore and For Your Love, represent the ends of a genre-spectrum for the entire album. All other songs which will appear on the 2022 record fall stylistically between these two pillars. So really, to recommend one over the other, it depends on who is asking! If you want something upbeat, danceable, fun and funky … ironically you want I Don’t Dance Anymore. If you want something a little heavier, you like some more grit on your guitars … then it’s For Your Love.

I recently connected with Trinidadian-Canadian artist, John Orpheus. John had me play guitar for a live-from-studio video series (The Popguru Revue) and I fell in love with his music. The grooves, hooks, and melodies are stuck in my head! The music is raw and fun, but also meaningful and eloquently reveals John’s personal story. That can be a hard balance to strike – the party-vibe and the introspective – but it’s two things I’ve strived for in my own original music, as well. Go listen to John Orpheus’ album, Saga King, and check out the accompanying book, Saga Boy.