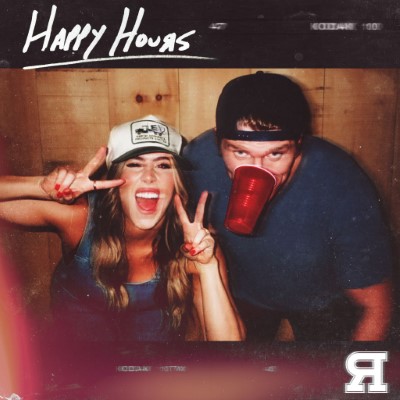 It’s been quite a month for the brother-sister duo The Reklaws. First, the Ontario-duo received a career milestone of six 2021 CCMA Award nominations (Entertainer of the Year, Fans’ Choice, Group or Duo of the Year, Single of the Year {x2} and Interactive Artist(s) of the Year), making them the most-recognized artists for this November’s celebrations. Fans can catch The Reklaws during Country Music Week 2021 in London, Ontario, performing as headliners for the SiriusXM Top Of The Country Finale at the London Music Hall on November 26 and on the Awards broadcast on November 29.

Following the news of their record-breaking nominations, last week this ICYMI multi-award-winning, PLATINUM-selling duo delivered everywhere the perfect post-pandemic party track, “Happy Hours.” Written by Jenna and Stuart, Kelly Archer (Jason Aldean, Reba McEntire, Trisha Yearwood) and Tawgs (Lights, Colin James, Josh Groban) during widespread lockdowns last year, “Happy Hours” was born by embracing the world’s desire to feel a sense of normalcy by doing something as simple as going out to grab a drink. The track’s timely release makes it the perfect celebratory soundtrack to raise a glass or bottle to, as friends reunite the world over.

2021 has been a record-setting year for the brother-sister duo. This year also saw the pair recognized with a JUNO nomination for Group of The Year — the only country act nominated in the category. They also hold four of the top 20 streamed singles by Canadian country artists since 2019 (more than any other artist) and have the most- domestically streamed debut album in Canadian country history.

These surprises mark the next wave of The Reklaws success story, with the duo about to share some huge announcements with fans in the coming weeks.