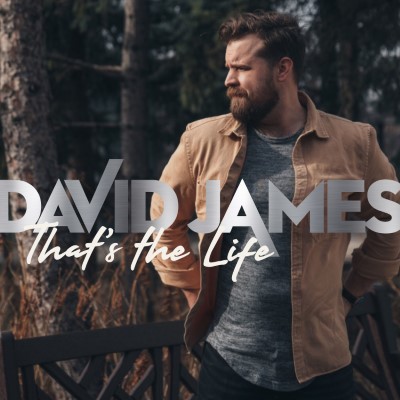 Last month, multiple CCMA award nominee and MCMA award winner David James delivered not one, but two versions of his new single “That’s The Life” via MDM Recordings Inc. / Universal Music Canada. With the first version of the song at radio, the second unique version of the song was created in partnership with True North Sports & Entertainment as a celebration track specific to the Winnipeg Jets hockey team.

On October 21, at James’s favourite Winnipeg bar, King’s Head Pub and Eatery, he held his first live show, Winnipeg Jets Home Opener After Party. That’s where he celebrated the Winnipeg Jets home opener and the release of both versions of his new single “That’s The Life,” as one hit country radio, and both were delivered to all digital platforms. Also, within the first week, this tune had reached over 250,000 streams.

“That’s The Life” was written by James McNair, Seth Mosley, and Brad Rempel. Dan Swinimer produced it. James steps out of the box a bit on this one and in doing so has allowed him to shine and showcase his talent. He has gone ahead and given his fans something to smile about.

James shares this about “That’s The Life” and the Winnipeg Jets,

“It’s been a lifelong dream of mine to be involved with the Jets organization in some way and I’m thrilled with the way everything worked out.”

Listen, stream or download the radio version of “That’s The Life” HERE.

Listen, stream or download the Winnipeg Jets version of “That’s The Life” HERE.