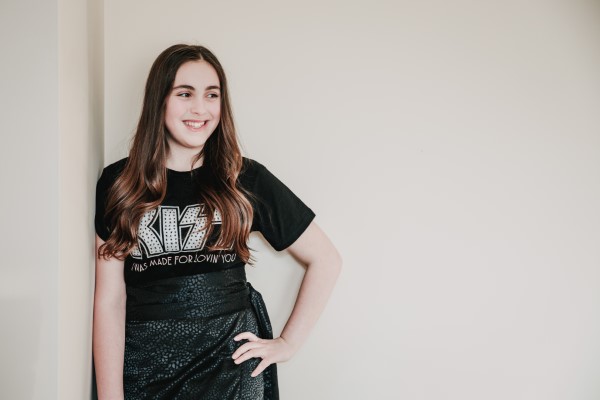 It’s hard to ignore the fact that Calgary’s Kaiya Gamble is just 14-years-old, but upon first listen to her new single, “I’m in It”, you know that she is well beyond her years when it comes to her craft. Kaiya’s also nailed it when it comes to perfecting her live show, including alongside musical vets Brett Kissel and Paul Brandt, continuing to write & record even more new music, and sharing her talents to help uplift those in their times of need, albeit virtually at this time.

First off, “I’m in It” has such incredible pop sensibility that rivals some of today’s greats! What was your favourite part of the creation process for the single?

Oh my gosh, thank you so much. That’s so kind! Every part of making this single was just so much fun! Writing the tune with my co-writers (ANNIKA, who is a super talented artist, and her husband / my co-producer, Spencer Cheyne) was an absolute blast! Then recording it with Spencer and my other producer, Justin Kudding, along with the incredible musicians who played on this track, made for extraordinarily jam-packed, laughter-filled days in the studio. Even creating the cover art, which is something I do myself (I get to flex my graphic design muscles), was awesome! I think the song totally reflects that passion everyone had in making this bop!!

I imagine your age has been a focus of many along the way. How did you break out of any assumptions people made to prove that you’re the real deal?

Yeah, it’s definitely something real that I’ve had to deal with over the last five years and that I continue to deal with whenever I step on stage. Luckily, I’ve had the chance to be around and learn from really experienced, older musicians. They are award winners, have toured the world, and are also such genuine people. What I’ve learned from them is that work ethic, showing up on time, and being authentic is the key! It all comes down to being crazy prepared. For example, for any performance, I run a song at least 50 times. So you can imagine how much time I spend at the piano for a 10 or 12 song set! When I do this, I know the songs inside out. So, knowing who you are as an artist, with this kind of preparation, you can truly focus on telling the story when you get on stage. Telling the story of the songs and connecting with the audience is so important, and I’ve found that when I can do that, age doesn’t matter!

What are you most looking forward to for your upcoming Kaiya Live event (November 20th on YouTube)?

There’s so much that I’m looking forward to with this show, but the main thing is to help spread some positivity and love! We’ve been almost two years into the pandemic, and the reality is that it has spared no one. It’s been really tough. Every person has their own pandemic story. For me, it was that both of my parents are frontline workers, and I watched them walk out the door every day to face so many unknowns. If they were afraid, they sure didn’t show it. Their whole focus was to help people that needed it. When I saw their courage, I realized I couldn’t just do nothing! I wanted to help too. I’m most looking forward to sharing these songs, and hopefully giving people a safe space to feel some happiness and enjoy some music, even if only for an hour. This show has been a labour of love, almost a year in the making, and I know people will feel that when they see Kaiya Live. Oh, and because I need to promote myself, you can join us at kaiyalive.com!

You recently had the chance to perform (virtually) at the Sydney Children’s Hospital in Randwick, Australia! What was that experience like?

It was the most memorable and inspirational experience of my entire life. Obviously, I’m young and haven’t lived through much, but that experience will hold a place in my heart for a long time. I got to perform live, one on one, through Zoom to four kids. It broke my heart to see their sickness, but when I saw the light in their eyes, it changed everything. The fact that I was able to help put a smile on their faces or bring out that light, even if just for a moment, was an honour. Thinking about them and the session brings tears to my eyes, truly. I am so happy and honoured to have been invited back as a regular volunteer with “A Sound Life,” the incredible organization that made it all possible. What is even more amazing is “A Sound Life” is also a part of Kaiya Live!

Lots of exciting stuff! I have some more singles in the works – I won’t give too much away, but they are so different from “I’m In It” and from my debut single “Speak Out.” They are still “me” though! There are talks of a music video for one of the songs too, but I won’t spoil the surprise.

I’m also so excited to get back in the groove of live performances! Singing for ‘real’ people, instead of computer boxes on Zoom! I also have some gigs planned and cannot wait to keep the ball rolling after that! Otherwise, I’m just continuing to grow, write more, and learn more, because music is something I hope to still be doing into my 90’s!

Thank you so much for interviewing me! It’s truly been an honour!