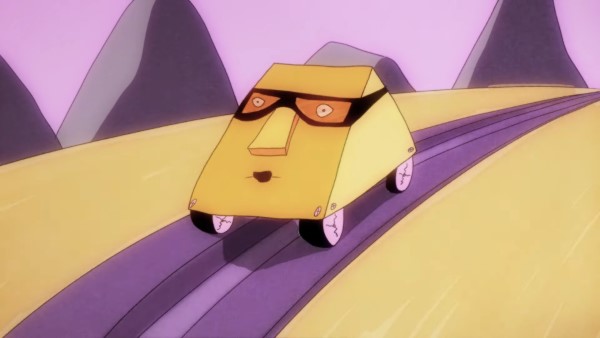 Now, he has shared a new official video for the track from animator Jordan Minkoff.

“I appreciate the notion that an individual within a black hole perceives time differently than an observer viewing the individual from outside the black hole’s gravitational field,” Swann tells RANGE Magazine about “Blackhole Town” for today’s video premiere. “Similarly, it’s easy to get caught up in thinking that your hometown is the only reality.”

The new self-titled album is their most upbeat, catchy, and immediate Astral Swans album to date. Each song operates as an absurdist short story filled with Swann’s wry observations of the sad beauty of mundane moments. Swann almost exclusively composed the songs internally on solo walks throughout various cities around the world (pre-covid), and the same city over and over again (during covid). As Swann describes it, “the melodies were written in my head, on long walks alone, like spontaneous flowers sprouted from the id; ecstatic downloads from the cosmos. Sometimes the lyrics appeared with the melodies, other times they were refined more consciously, after the fact.”

The songs on Astral Swans range from affirmations of joy amidst dread, composed in the streets of Shimokitazawa Tokyo (“Wind In A Mindless Universe”), to ballads of disoriented uncertainty set against the backdrop of early quarantine (“Spiral”). Songs about birds heckling the anxious and heartbroken in Vondel Park Amsterdam (“Bird Songs”), to a cover of the Cat Power classic, “Cross Bones Style” sung as a duet with Julie Doiron (Eric’s Trip, Mt. Eerie). The album closer “Awake For A While”, is an interrogation of somebody who is trying to piece together the events that transpired over many days of, well…being awake.