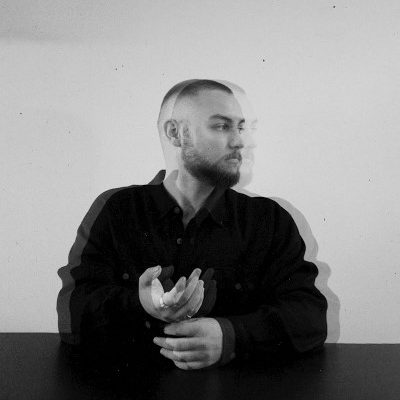 Johnny Blue is no stranger to wielding multiple genres to his advantage, as “Levitate” evokes the sensation of a moonlit cruise down city streets, as bumping R&B and jazz dynamics take the wheel.

The track begins with gentle keys guiding the listener into the passenger seat as a grooving bass line starts the ignition, with Blue’s lyrics slowly pressing on the gas and kicking off a lyrical confession as the tires turn.

“Got no room for hate / Too much love to circulate / Too much shine to mess with shade / Tryin’ to resonate/ Illuminate, Levitate…”

Blue’s introspective tendency shines through in this track, with every bar acknowledging the reflections of the world around him and the struggles within himself, with his desires for living a serene and purposeful life taking centre stage.

The tone of the track doesn’t shy away from Blue’s past, with allusions to the type of person he was, his brushes with the law, and the kind of individual he’s trying to be now.

Check out “Levitate” below while you find out more about Johnny Blue via our Five Questions With segment, and be sure to stay tuned for his upcoming EP, Until Then.

What’s up readers, I’m Johnny Blue. I’m an independent Artist/Producer from Keswick, a small town in Ontario, Canada (iykyk). My music is rooted in Rap/Hip-Hop with heavy Jazz & R&B influences amongst other genres. I started playing drums when I was 10, and began making music when I was 17. For me, It’s always been an escape and a safe place to express myself.

I’m pretty eclectic when I make music, pulling inspiration from a lot of different styles and genres to make something new. When I was a kid my father exposed me to so many different kinds of music so I think that’s where it comes from. I like to experiment and explore new territory when I create. As for writing, it’s a combination of my experiences and my imagination. I write a lot of blurbs or one-liners and expand on them later rather than sitting down to write a song. I just tap into what I feel, see, and think.

I’ve just been creating as much as I can. I’ve tried to adopt a more disciplined approach to making music as waiting on sparks to ignite my work tends to leave me feeling unfulfilled. When the well runs dry I like to draw and paint. I’m a terrible painter but it helps me create with no expectations, which I think is important.

My music varies a lot from project to project, but currently, I think I’d suggest “Levitate” or “Stuck Below The Sun”, depending on the person. Both songs accurately represent Johnny Blue as an artist in different lights.