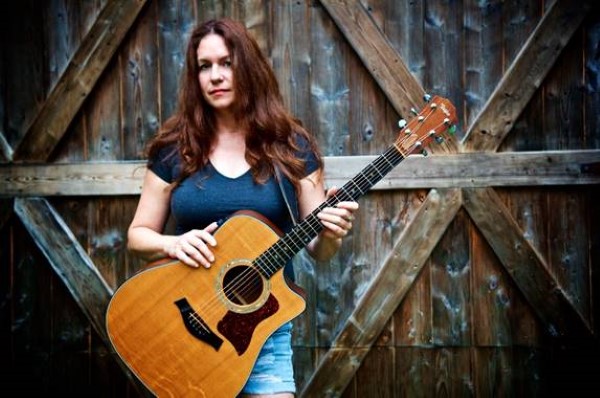 Ontario-based folk-rock singer-songwriter, Caroline Wiles has released her new single, “Talking In Your Sleep”, a cover of the Gordon Lightfoot track. The single is from Caroline’s album, Grateful, which was released earlier this year.

It’s fitting that the Gordon Lightfoot track, “Talking in Your Sleep” is the first cover song that Caroline has recorded in her entire career, as she makes it known that Lightfoot is one of her heroes, and influences.  Lightfoot, himself has kindly complimented Grateful, saying that it’s got “a lot of really strong material, wonderful vocals, and harmonies.”.

The video for the release was made by Trevor Ziebarth, Mitch Barnes, and Renee Trotier, and was recorded at Grant Avenue Studio in Hamilton, ON.

Check out the video below, and find out more about Caroline via our Five Questions With segment.

I am a passionate singer/songwriter who started performing professionally at the age of 18, fronting a rock band. I have three children and I recently retired from dental hygiene to pursue my love of songwriting and performing.

I write in many different styles including folk, rock, pop, and country. I love writing true story songs and I try to use a lot of imagery in my songs to make them more memorable.

During the pandemic, I used my spare time to write songs for my new record Grateful. My partner Bob Doidge had to shut down his studio (Grant Avenue in Hamilton, ON) several times so we had the luxury of recording the record with lots of time to polish it.

If I could suggest only one of my songs for someone to hear it would be “Grateful” which I wrote for my sister and which I am most proud of.

I love many Canadian artists but I have to say my favourites are Gordon Lightfoot and Ron Sexsmith. They are such gifted songwriters and I never get tired of hearing them!