Home / Interviews / PREMIERE – Down With Space release new single, “What You Keep Telling Yourself”

PREMIERE – Down With Space release new single, “What You Keep Telling Yourself” 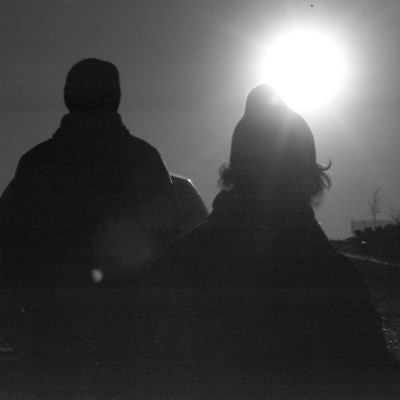 Montreal, QC-based indie-pop duo, Down With Space is made up of Rob Helsten (vocals/ guitar) and Steve Dumas (drums). Formed in 2019 just before the world shut down, Down With Space have adopted a DIY ethos to keeping their process in house while creating sounds that are equally balanced between synthesis and organic instruments.

The duo has unveiled their new single “What You Keep Telling Yourself”, which is about perseverance. Inspired by a pair of completely unrelated, unfortunate life experiences – a bicycle accident and a reasonably serious kitchen fire (serious enough to involve the fire department, anyway) – the song’s message is about getting past the bad and getting on with the good.

Check out “What You Keep Telling Yourself” below, and find out more about Down With Space via our Five Questions With segment.

In theory, we’re just a drummer and guitarist, but we like to sound larger than that by using sequencers and samplers to fill in for the extra sets of hands we don’t have. We create music in Montreal and have the good fortune of access to a great room for both playing and recording, so we are constantly working on new things and capturing them at the same time. Both of us are bilingual, but one is French, the other is English. We’re truly a product of our surroundings, our city, our province, our country, so language becomes irrelevant; we make it work.

We are rooted in psychedelic/indie/’90s rock but we’re really all over the map when it comes to listening tastes so what we create can vary from track to track. By nature of how we implement and rely on synthesizers we have been gravitating more towards electronic sounds in the jam room, which will probably only dive deeper as this project evolves. Our writing process is fairly cathartic. Many of these things we do are drawn from improv and then developed more into structured pieces.

This group came together just a few months before the pandemic was official, so since then, it’s been a matter of trying to stay active and keep writing. Some days it feels like an impossible task, other days things just flow, so really it’s been about taking it as it comes and not being too hard on yourself when it doesn’t. In the end, it’s been productive and there are lots of new songs.

As always, the latest is the greatest so check out “What You Keep Telling Yourself”. Going deeper than that, give us about 2 more minutes of your time for “Message From the Heart”.

There’s far too much amazing Canadian music out there, here’s a short list of things we like; Wolf Parade, Grimes, Andy Shauf, Zouz, Caribou, Christiane Glitch, Plants and Animals, Comment Debord, AGATH CHRIST, GSY!BE, Choses Sauvages, Do Make Say Think, Buck 65. And with that, it’s time to kneel down… Neil Young is pretty much always on the list!