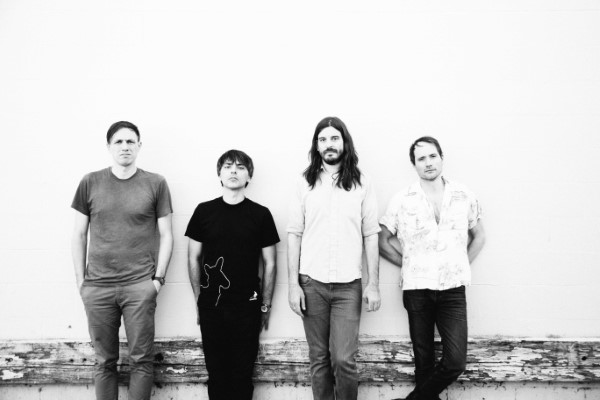 The single showcases the band’s distinct eighties-electronics sounds and is a follow-up to their recent single “Airport Dreams” featuring Sarah Bonito, from the British indie-pop band Keto Kero Bonito.

Over the course of their career, spanning five albums, the band’s dedication to going against the grain and playing by their own rules has set them apart from the industry. The new single is a testament to their experimental nature and Tacchetti’s stirring vocals act as the perfect addition.

We caught up with the band to talk about their unique music style, the new single, and what fans can expect in 2021.

What does it mean to you to be a band that plays by its own rules?

It means a lot! It means finding your own voice and (hopefully) separating yourself from everything else out there.

Did the pandemic change the way you thought about your creative process? Was it a challenge to stay creative?

The pandemic reminded us how important it is to stay creative. We had all our tours and the whole game-plan put on hold. It felt like the only way to weather the storm was to make stuff because that’s the only thing you really have some control over. Lockdowns and geography proved challenging, so we had to adapt to new ways of being creative. But in the end, we definitely learned things and grew as a group.

Coming off your 2020 album “Deleter”, what was the mindset and energy like when it came to creating “Airport Dreams” and “Lost Cool”?

For all of our albums (Deleter included) we’ll often work on song ideas together as a band, in the same room. Doing things organically like that is a big part of how we like to write. Because of the pandemic, we were forced to make music separately from one another, so these songs came together in a much different way. We set up a folder online and shared our ideas that way. Even though it wouldn’t be the preferred way for us to make music, we did have the luxury of working on our own parts on our own time and were able to learn and see/hear things differently by working this way.

How did “Lost Cool” come together?

It started as a little riff and obscure melody line that got shared in a folder of random ideas. We built it up by sending parts back and forth online. In the spirit of online collaboration, we decided to send a bunch of musical ideas to Lucia Tacchetti. We wanted to see if she’d be inspired to sing on anything, and she ended up recording the vocals for what became “Lost Cool”.

Tell us about working with Lucia Tacchetti for the new single. What was the collaboration process like?

We’d never met Lucia in person, and only corresponded over email, but working with Lucia was AMAZING! She’s so talented, and very much open to trying things that it made the whole process really fun and fluid. There was an initial vocal idea for that song that was very obscure. Her amazing voice definitely brought that part, and the song to life.

We’ve got tour dates finally booked. It will be great to see and play for people again!