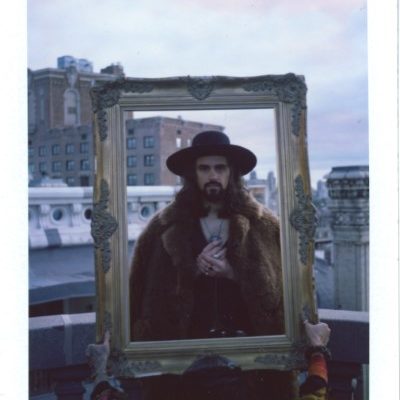 Canadian recording artist, Neon Jesus has unveiled his new single, “Red Lips”, which fuses blues-inspired guitar with the relentless pulse of electronic dance music. And though the pairing is historically unconventional, the result is an electrifying, genre-defying track, ultimately leaving an indelible mark on the listener.

The idea to meld the two genres together came to the artist during a time when he called New York City home. As an avowed attendee of live music in the city, he noticed one significant, albeit very telling difference in terms of reaction:

“I’d be out at a rock show and while people were attentive and taking everything in, the crowd’s reaction was rather lackluster, even amid great artists before them,” Neon Jesus says. “But then I’d head to a rave in Brooklyn and it struck me that people there were uninhibited and just generally more invested in what they were listening to. That was when I started to wonder what would happen if someone were to bring the two genres together.”

Shot on Super 8 film against the backdrop of New York City, the track’s grainy music video helps to highlight the song’s sinister undertones.

“With the video, we were trying to capture the sensation where love slips into obsession followed by a sudden darkness, where only the Lord can save you from its clutches,” Neon Jesus says.

“When you look back at artists like Prince or Jimi Hendrix, the blues was at the heart of their sound,” he declares. “For some, this may seem a bit odd. The blues label doesn’t easily stick to them. Rather than mimic what came before them, they took the soul of blues and roots music and grew their own branches from the same tree. That’s the impetus behind my exploration of mixing blues and rock guitar with electronic music. I’m growing my personal branch on that tree”.

Check out the video for “Red Lips” below, and stay up to date with Neon Jesus via his socials.

Related ItemsCanadianHype MusicNeon JesusRed Lips
← Previous Story Celia’s Dream releases new single, “You”
Next Story → Meghan Patrick’s music video for “Cool About It” is one that will leave you in awe and suspense