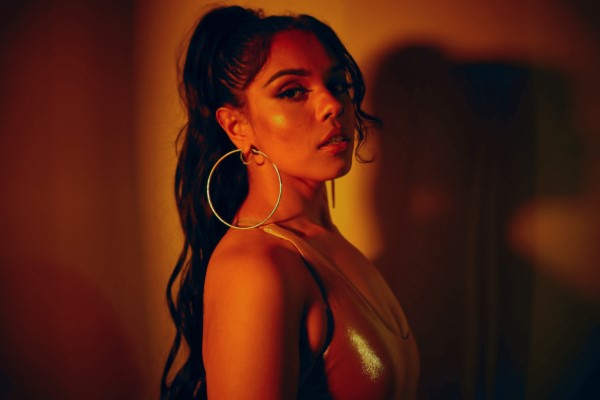 Toronto, ON-based R&B singer, Neela has recently released her new single, “Let It Down” from her EP, Prelude.

When it came to the creation of Prelude, Neela found herself in a different place, both physically and emotionally. As she was on a journey of self-discovery, she was introduced to Grammy Award-winning producer Chin Injeti (Eminem, P!nk) in Vancouver.

Having the chance to work with Injeti proved to be both therapeutic and an immense learning experience for the singer.

“I felt more confident in my abilities and that I was ready to open up a bit more and share my story,” she says. “He helped me grow as a songwriter and take a bigger picture approach when it came to thinking about hooks and song structure. But he also pushed me to allow myself to be vulnerable and authentic with these songs. At the end of the day, that authenticity is important because it’s harder to break through when you don’t see yourself reflected in the mainstream media. It makes it more challenging for me to speak my truth.”

“Let It Down”, which was the first single released from the EP, exudes a newfound confidence and direction that Neela brings to her music. Check the single out below, and find out more about Neela via our Five Questions With segment.

Hi, I’m Neela, I’m an R&B Singer-songwriter born in Vancouver, living in Toronto. I just dropped my new EP, Prelude and I’m really excited to be back performing live shows, it’s where I feel the most alive!!

My songs are very personal and intimate, with influences of R&B, Soul, and Jazz. My writing style is many styles, sometimes I have melody ideas first, sometimes the lyrics come, and sometimes I have really great chord progression ideas first. I think the most important part of writing is to not judge my work too quickly and to just let it flow. Once I have the basic ideas, I go back and edit and bring the songs to life.

I wrote over 40 songs! I couldn’t stop, it was amazing to have so much time to self-reflect and make music. From those songs I went into the studio and started recording for my next EP, which is being produced by Akeel Henry.

Let it Down, it’s such a vibe!

So many, I love Daniel Caeser, Savannah Reh, the Weeknd, Jessie Reyez, Loony, and many others!