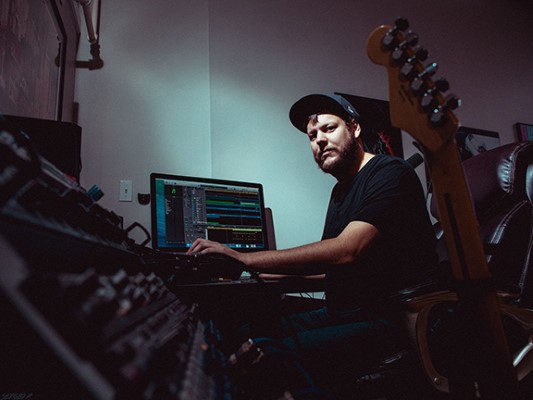 Canadian pop-punk rapper, Mark MacDonald, aka Hollow River has released his new single, “September”. The song lands alongside a simple but gorgeous animated lyric video which pulls you right into the musician’s mind.

Though MacDonald is known well for fusing his rapping abilities with his passion for pop-punk music, this brand-new three-minute, 20 second spanning track is quite a departure from his initial approach. He abandons the rap, for a classic early 2000s-sounding vocal take; think Blink-182 and Good Charlotte!

On top of this, “September” boasts rapid, chugging guitar riffs, enticing harmonic guitar melodies, undeniably radical drum fills, and even a brief, yet emotional piano breakdown. It’s exactly what you would want (and more) of any pop-punk anthem!

In his own words, MacDonald says “September” is simply about “living in a toxic moment understanding that it cannot last forever before the inevitable fall” — which he symbolized in both his lyricism and the entrancing lyric video with the coming of the Autumn season.

“I wrote this song during a period where I was drinking too much and realized that what was once fun was now starting to pull me down,” added MacDonald. “I hope it serves as an allegory for others that have flirted with alcohol or drug abuse.”

Check out “September” below, and stay up to date with Hollow River via his socials.