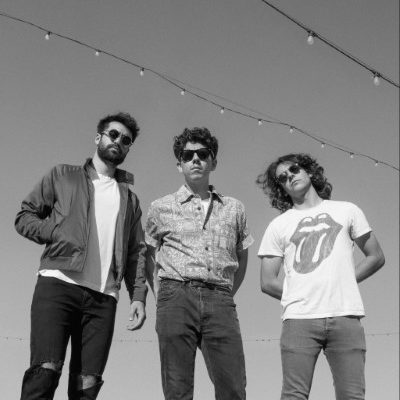 Toronto-based rock trio, The Vaniers have recently unveiled their newest single off their highly anticipated upcoming album. “Patience” is their fourth release of 2021, following other recent releases, “No Promises”, “Milk & Honey”, and “Remember that Time”.

Lead singer Diego Paz had this to say on their newest release:

“Patience was one of the last songs we wrote for our upcoming record. We brought the idea to Nixon (Hollerado) and it really came together in the studio. There was no doubt it had to be on there.”

The Vaniers formed in 2016 by former high school classmates Diego Paz (Bass Guitar/Vocals), Alex Iacobellis (Guitar), and Nick Donato (Drums). Influenced by indie-alternative authorities such as Arctic Monkeys, The Strokes, Queens of the Stone Age & Kings of Leon, The Vaniers have been steadily building a following in their hometown of Toronto and beyond. Whether delivering scorching performances in basement house parties or dazzling crowds at legendary Toronto venues such as The Horseshoe Tavern or Lee’s Palace, The Vaniers have become a staple in the Toronto underground music scene with a reputation for high-octane shows with catchy tunes. 2019 was a breakout year of sorts for the band, seeing the release of five singles coupled with a tour of the Toronto circuit culminating in a headlining performance at Taste of the Danforth, one of Toronto’s largest street festivals. In 2021, the boys recorded their full-length LP with Toronto producer Nixon Boyd of Hollerado.

The Vaniers have been backing up “Patience” and their other recent releases with multiple sold-out headlining shows at respected Toronto music venues. Their high-energy stage performance and catchy tunes have been a part of a welcomed return to live shows for their many fans, and have been building anticipation for their upcoming album release.