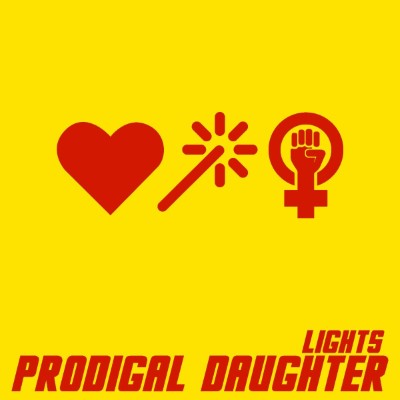 Alt-pop icon Lights has returned with the new single “Prodigal Daughter,” the first track from her forthcoming new album expected for arrival in 2022. The artist, who has recently collaborated with the likes of deadmau5, ILLENIUM, Travis Barker, and more, turns the spotlight back on herself with the infectious, frenetic track. The single is also accompanied by an official video, which is streaming now on Lights’ official YouTube channel. “Prodigal Daughter” is available now on all streaming platforms via Fueled By Ramen.

“‘Prodigal Daughter’ is about stripping away all the deep-seated, oppressive expectations society and religion can place on you, in order to find out what you really want out of your life. Musically, the song is dynamic and wild; beautifully gentle at times and aggressive at others, representing the journey. Ultimately this is a banger about finding yourself.”

The artist has also revealed “The Clinic,” a new side story based on Lights’ Skin&Earth comic series. Written and illustrated exclusively by Lights herself, fans can read the first six pages of the story at www.visittheclinic.com.

Lights is many things all at once: Singer. Songwriter. Producer. Multi-instrumentalist. Comic book author. DJ. Artist. She’s also unabashedly honest and unapologetically confident. Weaving in and out of alternative, indie, electronic, and dance, she makes manic pop irreverent of boundaries, yet reverent of truth. She speaks her heart musically and her mind lyrically. It’s why her shadow over alternative music and culture continues to grow with streams in the hundreds of millions and widespread critical acclaim.

Over the course of her career thus far, the Canada-born disruptor has garnered four JUNO Awards, including 2020’s “Dance Recording of the Year” for the platinum smash “Love Me” with Felix Cartal and “Pop Album of the Year” for her previous two albums, Skin&Earth and Little Machines. She has sold out tours on multiple continents and powered collaborations with Travis Barker, deadmau5, Kaskade, Steve Aoki, Mike Shinoda of Linkin Park, and more. Now, she captivates like never before, kickstarting a new era with the single “Prodigal Daughter.”