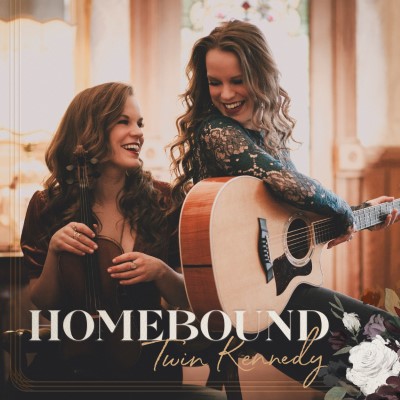 On October 20, Twin Kennedy released their much-waited for EP, Homebound. The album has six original tracks that will leave you breathless. This release comes a few short weeks after the release of the music video for the title track. Cultivating the authentic sound that is uniquely Twin Kennedy, the album was recorded between four different studios, The Warehouse Studio, The Tone Distillery, Sound Emporium Studios, The Shoebox and was produced by Nashville-based, Canadian producer Dustin Olyan, along with Twin Kennedy themselves.

The sister duo shares this about the album,

“Creating this album has truly been a homecoming. Being on stage sharing our music with people we love has always felt like coming home. This was the inspiration for us, titling our album. We never could have imagined that the title would take on a whole new meaning this past year, with so many people becoming literally homebound. We are so grateful to be getting back on the road, sharing these new songs with everyone. Walking back out onto the stage, we truly feel homebound, and there is no place like home.”

Twin Kennedy will be celebrating their release in Nashville with an EP Release Party backstage at Third and Lindsley on October 23 to a sold-out crowd.