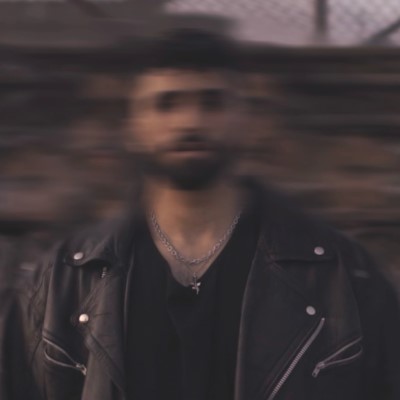 London, ON-based pop artist, Nano Talrose has unveiled his new single, “falling deeper”, along with a video to accompany the release.

“falling deeper” channels leaning into love; finding it, holding it, and allowing oneself to lose the ability to swim in an ocean of passion, fire, and desire. The song breaks out over a pulsing electric riff, before branching off into an electronica, low-fi vibe, and dreamily mashed with the intricacy of Talrose’s exquisite vox.

“The song is very different from all the other songs I’ve made so far, which are usually slower with more heartfelt lyrics and emotion,” Talrose recalls. “‘falling deeper’ has more of a grunge-pop or alt-pop vibe, and I am looking forward to showing people a different side of me as an artist.”

Having dropped his debut single, “Stay Quiet” in August of 2019, Talrose is on a quest to penning emotion-filled experiences that line the everyday walls of his songwriting.

“I started writing it when I first met someone,” he shares. “I was falling for them, and didn’t want to move too quickly. I tried playing it cool, but still told them how I felt.

“I ended up showing them the song and they loved it, and said I really should take it to the studio. So I did.”

There, it was sound engineer/producer Damian Birdsey (Birdcage Studios) where things came together.

“Everything fell into place perfectly as we were creating,” Talrose says, adding, “It was honestly such a smooth process working on the production.”

The video for “falling deeper” was shot by videographer and editor Hamza Qureshi, and landed on the first birthday of Talrose’s nephew.

“The ‘1’ candle on the birthday cake in the video is actually a tribute to my nephew. He always puts his hands in the air and bounces when I play ‘falling deeper’ at home.”

He adds, “I’m excited for the world to hear (‘falling deeper’) and bounce along, too! In terms of the video, I wanted to show a different side of me regarding attitude, clothing style and the overall vibe.”

“Instead of wearing all white like I did in my previous music video, I switched to an all-black outfit with ripped jeans, chains, leather jacket and black Doc Martens,” Talrose says. “We took a very laid-back approach when planning the video and had originally planned on winging it and working with what we had the location when we got there. But we went to a store before the shoot and bought some items that inspired me to buy a bunch of black props.”

Styled by Sebastian Baquero, those props would become the backdrop for a depressing birthday party-type vibe, including black party hats and a black cake. The video works as a mash-up of “Mad World” meets “Mad Hatter”, and all things together become a unique visual representation of Talrose’s artistic vision and ability to make the listener not only hear but also think.

Check out the video for “falling deeper” below, and stay up to date with Nano Talrose via his socials.