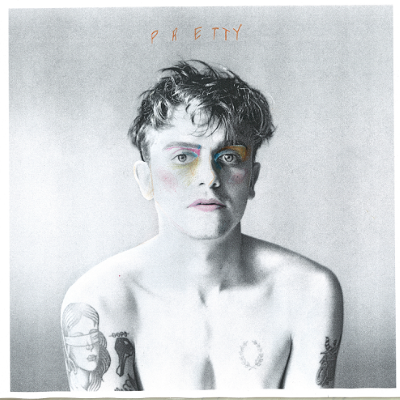 Pop singer-songwriter Scott Helman pushes creative boundaries on his new song “Pretty.” An accompanying video directed by longtime collaborator Ben Knechtel puts Scott on full display in a pulsating solo performance – experimenting with dazzling makeup and flowing outfits – as he explores and searches for what it takes to feel confident.

“This song was a big step for me in exploration and limits,” says Helman. “I wanted to take myself as far as I could down the line of ‘uncomfortable’ while still maintaining what feels like me. Ultimately, I thought it was such a special thought – the idea that someone can be so beautiful that you just want a bit of them to become part of you. In that thought, there is so much beauty and humour – the transcendence of traditional gender roles, the flirt, the strangeness. That’s what excited me about our initial demo, and what continues to excite me now.”

“Pretty” is the second track to be released from Scott’s forthcoming project, due out next year, following the summer release of the angsty anthem “Old Friends.”

Scott Helman has established himself as one of Canada’s leading singer-songwriters. Since the release of his breakthrough 2016 EP Augusta, the seven-time JUNO Award nominee has dominated the Canadian music scene with his 2017 debut full-length Hôtel de Ville and 2018 EP Hang Ups, earning three platinum and three gold certifications to date, plus collaborations with Alessia Cara and Hunter Hayes, as well as tours with the likes of Tegan and Sara, Shawn Mendes, Vance Joy, Walk Off The Earth and Dean Lewis. Scott was selected as a panelist on CBC’s Canada Reads, following the release of his sophomore album Nonsuch Park (sa), which featured the explosive gold-certified lead single “Wait No More,” the most added song at Canadian radio upon its release.

In 2019, Scott invited his fans to sign a document he named the Evergreen Manuscript, an effort to draw attention to the climate crisis and help cut global greenhouse gas emissions in half. Scott collected nearly 1,000 submissions, and through his “MayDay” initiative, is encouraging fans to help deliver the document to politicians and corporate leaders around the world.