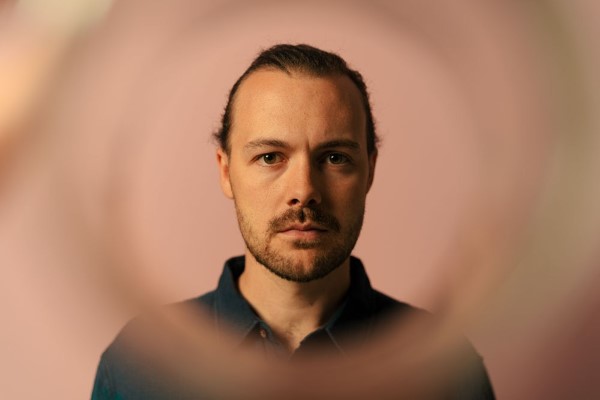 Celebrated guitarist and songwriter, SamWeber, has shared his new single, “Money” from his upcoming LP Get Free. “Money” is a song “about the effect of currency, and an attempt to acknowledge how people’s lives all move in different directions,” says Weber. “What I do in a professional capacity exempts me from the responsibilities that other people my age are beholden to, in some ways I feel very free, but in other ways I feel very lonely watching other peoples’ lives unfold, like I’m stuck in the same place.”

Sam Weber’s storied exodus from his homeland of Canada to find new footing and opportunity in America resonates like a classic story of pain, loss, and rebirth. That narrative thread is woven throughout his new record, Get Free, offering a warm, intimate, and multidimensional portrait of the 28-year-old singer-songwriter. With this new collection of material, Weber reaches fresh emotional depths, commanding more expressive personal moments than ever before — at times within the margins of a single verse.

Sam Weber has already logged more miles as a gigging musician than most of his peers will in a lifetime, earning enviable accolades along the way (he was featured in Guitar Player a decade ago, by some accounts the youngest artist ever to grace those pages). He first picked up the guitar at age 12 to form a rock ‘n’ roll band with his father and brother in the living room of their family home.

Sixteen years later, having collaborated with Grammy Award winners and with extensive international tours under his belt, the Canadian-born Los Angeleno goes forth with the same intention and mantra as when he began: “Music is an emotional conduit between people and allows us the opportunity to share moments of truth and unity. In an age where the ritual of music-making can be a solitary exercise, I want to live my life to remind everyone that playing music as a communal and spontaneous practice can be healing and powerful.”

After recording what Weber calls his “only real studio album,” Everything Comes True, which was cut live-off-the-floor in the iconic B room at Hollywood’s Ocean Way Studios, things began to move steadily for Sam. More frequent visits to Los Angeles had allowed him to make a name for himself, and he began to form friendships in the music community. He was tapped to contribute to a compilation album alongside Andrew Bird, Blake Mills, Jim James, Taylor Goldsmith (Dawes), Tim Heidecker, Tony Bennett, Kurt Vile, Jackson Browne, and Matt Berninger (The National).

“Initially, it was the music scene here that drew me in,” Sam notes. “So many of the albums that meant so much to me growing up came from this place, but when I finally set my feet in town, I was spellbound by everything I saw — especially the architecture. There’s an incredible variety of style and materials. The passage of time is so evident here and it can feel like a ruin. It’s not an old place as far as cities go, but the energy of the people who’ve passed through is enchanting.”

Charmed by the city of angels, Weber began the process of formally moving to Los Angeles and writing what would become Get Free. When COVID-19 rendered touring prospects inert and much of his initial recording plans impossible, he sought a new approach.

“I wrote most of this music before the lockdown happened,” he says. “We wanted to go into another beautiful L.A. studio with another super band to record these new songs, but when all the plugs got pulled, we were sort of left holding nothing but the material. My partner Mallory Hauser (Mal, was keen to rally and share production duties with me to make the most of what we had, which was liberating somehow: to have this logistical ceiling on how we could record or approach these songs in our living room. We were forced to be as creative as possible with what we had. I think it was the best thing that could have happened to us.”

A particular sense of grandness is felt in certain songs across Weber’s recorded catalogue. Moments that feel lofty, yet devoid of pretentiousness. With more of these moments present and tangible on Get Free than any other of his releases, the listener can effectively observe Sam’s emancipation. With this record, he assumes a creative identity unique only to him.