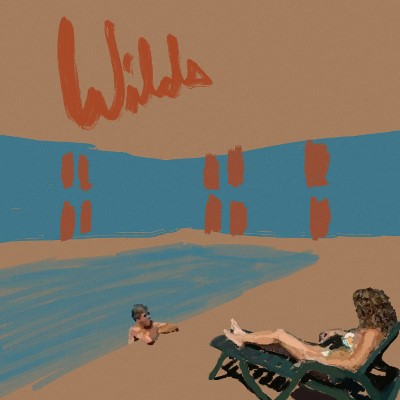 Wilds is the seventh album from Regina-based artist, Andy Shauf.

Wilds is a warn-out photograph album filled with sepia-toned pictures– a calm, nostalgic, but melancholy album to relax and drift off with. The album itself tells the story of the doomed lovers, Judy, and the unnamed narrator. The songs may be about a specific ‘fictional’ couple, but each song captures universal relationship woes such as poor communication, money issues, and abusing substances. The tracks mostly feature either strummed acoustic guitar or bass with minimal drums and the occasional woodwinds. On top of the accompaniment, Shauf’s vocals are light and conversationally sung, as if improvised – which for the most part they were. As Shauf’s press notes, this was intentional to give the album an “untouched by overthinking or editing, with all imperfections left in..[to create] an imperfect “in the room” feel.”

Wilds was culled from some fifty tracks Shauf penned during the recording of his 2020 album, ‘The Neon Skyline.’ The songs for Wilds were all initially written back-to-back, performed, arranged, and recorded by Shauf on a tape recorder as an exercise to help him through writer’s block on The Neon Skyline. However, Wilds developed into a project unto itself and, as Shauf’s press notes “the album can certainly be interpreted as a companion piece to [The Neon Skyline].” Do not let Wilds’s short, improvisational gestation period lead you to think it is of poor quality though. Wilds instead only more strongly demonstrates Shauf’s immense talent as a songwriter, composer, musician, and vocalist. The songs may be minimalistic and ‘scrappy,’ but they are still exceptional in their own right and tell a story of a long career of a man who could now craft songs in his sleep.

Wilds has a stellar lineup, but standouts to me were “Judy”, “Jaywalking”, and “Call”.

“Judy” features a repetitive heavy bass line to build a snapshot of a comfortable couple (perhaps too comfortable) that buy lottery tickets every Wednesday. The song is crammed with funny little idiosyncrasies such as how the narrator wishes they could pick his numbers one week, but that would probably be the week Judy’s numbers win – but if they did win, he’d only use the winnings to buy Thursday’s lottery tickets to try to win twice. The track’s repetitive, but satisfying instrumentals help build the portrait of the monotony and irritation, but general pleasure the couple feels in each other’s company.

“Jaywalker” is a wistfully dreamy track that tells the story of a person getting hit by a car while they’re not looking — perhaps the narrator who dreamed the driver was Judy. The song is less of a real moment in the overarching tale of ‘Judy’ but instead a metaphor for the narrator living a numb, depressed, and passive existence with Judy that could be broadsided at any moment by death or some other tragedy – and an aching need to ‘wake up’ before the ‘car hits,’ yet not being quite able to.

In “Call”, the track has an even more pensive and trance-like feel to Jaywalker as the narrator wanders the streets (likely drunk) begging for Judy to talk to him after some kind of breakup. The track has a strangely upbeat chorus, though, as the narrator asks Judy to “Hold [him] underwater, let [him] soak it in” but then quickly returns to its dour tone as he ends the chorus with the lines “do you want to hear anything I say?” — perhaps indicating that the narrator is so desperate for Judy’s affection in his depression, he wouldn’t even mind dying at her hands – but then relents when he remembers she won’t even answer his Calls. It’s a chilling, but hypnotic portrait of the depths of depression.