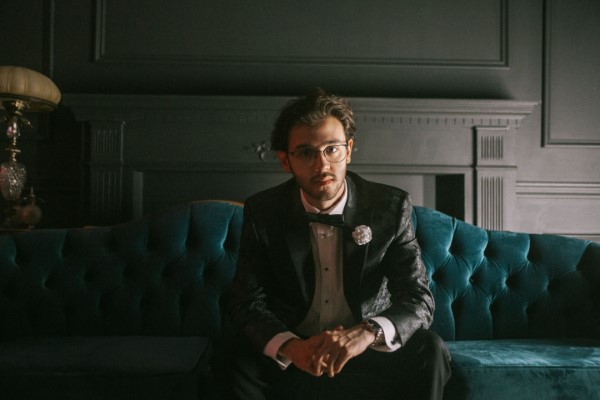 Toronto, ON-based singer-songwriter and producer, Chris Grey has released his new R&B/ pop single, “Seamless”, and has announced an upcming performance of the track on Grammy.com.

The performance of “Seamless” will air on Grammy.com as part of their Press Play At Home series on Thursday, October 28, as well as on The Recording Academy’s YouTube channel. Grey is one of only a small handful of Canadian artists who have been invited to perform on Press Play At Home since its inception in 2018.

The single opens with an alluring violin passage, Grey’s velvety-smooth falsetto vocals pair perfectly with the atmospheric production. The track builds up to an unexpected finale — with Chris’ vocals on the bridge eventually morphing into a punchy, guitar-riff-driven ending performed by Oscar Rangel, former live bassist for the iconic Canadian metal band Annihilator and current guitarist for symphonic metal band Operus.

The impetus for the sultry track came from a simple conversation between Grey and his girlfriend, recording artist Allegra Jordyn.

“Allegra and I had recently crossed the line between being friends and co-writers to dating,” Chris explains. “We were just musing about being seamless together and how easily we had moved from working together to being a couple. All of a sudden she started singing ‘with you it’s just seamless’ and immediately realized we had the making of a cool song. We got out of bed and instantly started bouncing off rhymes and writing the song. The song came together seamlessly!”

Check out “Seamless” below, and stay up to date with Chris via his socials.