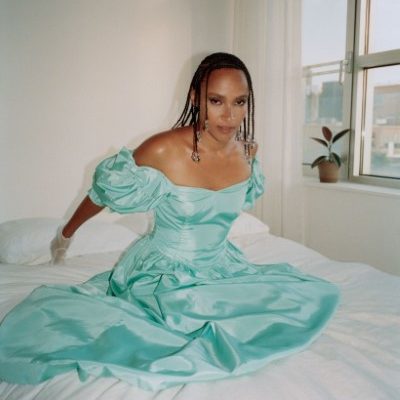 Montreal-based multi-instrumentalist and producer Ouri has shared the new song “Ossature”, which marks the fourth single shared from her upcoming debut album Frame Of A Fauna, due October 22. “Ossature” is an atmospheric track with stabs of sharp strings overlapping Ouri’s airy vocals. The song samples “Intact Alef” by PTU (courtesy of трип records [Trip records]).

Ouri shares about the track,

“I revisited the iconic, agile and tense sample of ‘Intact Alef’ by PTU from one of my favorite labels трип records for this song. Rebellious choruses fight submissive verses, puncturing the classical nuances with industrial abrasions and heavy drum samples – tearing down any attempt to keep a disciplined and soft self on top.”

“Ossature” follows the previously released tracks “High & Choking Pt 1”, “Chains”, which arrived coupled with a music video co-directed by Derek Branscombe and Ouri, and the Antony Carle collaboration “Felicity”. Ouri also recently released a joint project with Helena Deland, Hildegard, which received widespread critical acclaim with Pitchfork praising the collaboration as “pure creative symbiosis” and The FADER describing it as, “a hypnotic composition that ebbs in and out of darkness, mining strength in synchronicity.”

Frame Of A Fauna takes the Canadian artist’s knowledge of big orchestral sound and creates her own fusion. The project inspects the framework of the body – how emotional hardship can imprint, and in turn deform the skeleton. If the bones are the container that stands the test of what is being contained- What is the residue of happening? And where does it go? She notices the way time can rupture a rib cage, pull out the collar bones, or make a fist out of fingers.

The cycle of birth, death and constant rebirth sends Ouri transcending through the creation of this album, as she explores what lies inside the lining of the big dharma wheel: trauma, control, and vulnerability. The album begins in a bedroom in London and hops to Berlin where she witnessed her sister give birth – and sees its completion a year later after a sudden trip to Brazil, where she said her last goodbye to her mother.

Ourielle Auvé, known professionally as Ouri, grew up in France and moved to Montreal at the age of 16 with dreams of becoming a composer. As Ouri developed her compositional ability, as well as her production and vocal chops, she integrated herself with late-night DJ sets in Montreal’s underground rave scene and was eventually selected to take part in Red Bull Music Academy’s Montreal Bass Camp. From there, her profile began to grow as she headlined Boiler Room’s Montreal showcase, toured with the likes of Yves Tumor and Jacques Greene, released her first EPs Superficial and We Share Our Blood and collaborated with fellow Montreal artist Helena Deland on the interdimensional Hildegard.

poisonedlava.tumblr.com/
Related ItemsFrame of a FaunaKillbeat MusicMontreal QCOssatureOuri
← Previous Story Zach’s Picks Of The Week – October 11-16
Next Story → Cory Marks has had a banner year with so much added to his repertoire including with his first CCMA nomination for Alternative Country Album of the Year for Who Am I