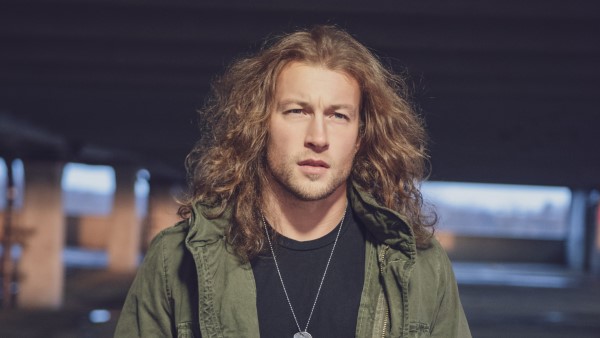 Cory Marks is the “long-awaited next-generation country rocker” who’s truly immense success began this summer with the release of his debut album, Who Am I – it’s hit over 91.7 million streams and video views worldwide. He received Gold certification for his single “Outlaws And Outsiders” (from Who Am I) which also landed at # 1 on the Canadian iTunes Country Songs chart. As well, this single made him the first Canadian country artist to have a Top Ten hit on US rock radio. Who Am I also features his smash hit “Drive” which was coined “the feel-good country hit of the summer.” Marks’s current single “Blame It On The Double” is killing it on Canadian country charts.

Marks is now rounding off the year with his first CCMA nomination for Alternative Country Album of the Year. All this says a lot about the Canadian country rocker who will also be on the big screen at the LA premiere of the horror-thriller film The Retaliators on October 12.

Marks shares this on his recent CCMA nomination and more,

“When I got the call from my team to tell me that for the first time in my career, I’m an official CCMA nominee for Alternative Country Album Of The Year, I was shocked to say the least but very thankful and happy to have an entire body of work recognized by the Canadian country music family. I think what makes my album Who I Am so special is that it is really different from anything else out there in the country world, I believe. It’s country music with a real rock-and-roll attitude. These are my stories, the good, the bad and the ugly – they’re real and I think a lot of people relate and connect to them on a global scale. I’m definitely pinching myself knowing that during a global pandemic, my record has been streamed over 90 million times and my debut single “Outlaws And Outsiders” made me the first-ever Canadian country artist to have a US ROCK RADIO Top 10 hit!”

Tune into the 2021 CCMA Awards live on Global Television on Monday, November 29 to see if Marks brings home the hardware for this category.

Also garnering attention for Marks is his summer release of the back-to-back companion EPs, Nashville Mornings and Nashville Nights, that flaunted both sides of his musicality. The release of these albums is another high for Marks and it’s brought to light on the recent Nashville Nights track “In Me I Trust.” This anthemic song channels the passion Marks brings on stage.

“The motivation behind my new single “In Me I Trust” is simply about believing in yourself and what you’re doing. Don’t give up and keep fighting for what you want, whatever that may be. You can make a plan, set goals or simply want to get through a hard time in your life. At the end of the day no one is going to do it but YOU, stand up, go get it and trust yourself!”

Watch the video for “In Me I Trust”below.

Not to lose momentum any time soon, Marks will be celebrating his recent CCMA nomination by headlining the Big Sting Festival in Prescott, AZ, on October 16.