M for Montreal proves its resilience once again as it unveiled earlier this week the rest of the music program for the professional component of its 16th edition, which will be held online from November 15 to 26 and in person, in Montreal, from November 17 to 19.

The Official Selection shows, accessible to PRO badge holders only, will be held in several of the city’s iconic venues, allowing guests to experience the best that Montreal has to offer.

M for Montreal also renews its partnership with Parce Que Films and Pestacle. The renowned production companies will bring part of the Official Selection to life by presenting filmed musical performances, shot in extravagant and psychotronic settings, on a big screen in a darkened room. 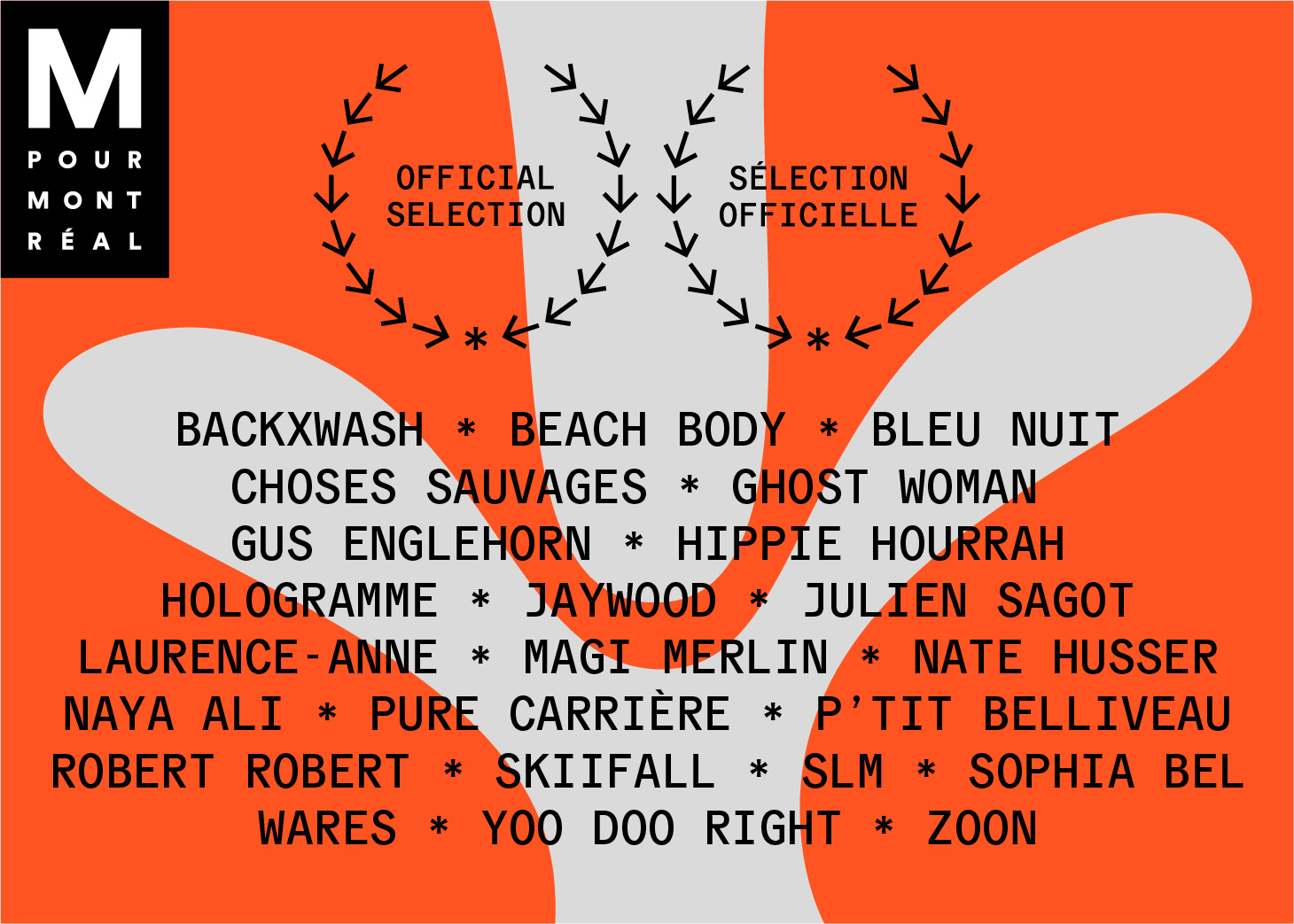 M FOR MONTREAL HYBRID PRO BADGES ARE ON SALE UNTIL OCTOBER 31
Professionals from Quebec and elsewhere can purchase accreditation at the regular rate of $350 until October 31. These badges, available in very limited quantities, give access to conferences and panels, to the Official Selection showcases and to both virtual and face-to-face networking sessions organized by M for Montreal. More than 50 international industry players from 10 countries and some 30 Canadian professionals from outside Quebec will take part in the event in Montreal, thanks in particular to the contribution of the co-programming partners of the professional component of M: Marauder (United States), Erased Tapes (UK), Factory 92 (Germany), Ensemble Concert (Europe).

For all the details, go to: https://lepointdevente.com/billets/regulier

M FOR MONTREAL ENHANCES ITS FESTIVAL OFFERING
Following government announcements, M for Montreal has decided to maintain an offer for the general public – The festival’s lineup will be announced on November 3rd.

It is during M’s public program that the pop record label, Ambiances Ambigües and Duprince family’s newest project, will officially be launched. Come discover the label’s artists in person at the SAT on November 18. tickets and info