Home / Promos / Twin Kennedy releases video for “Homebound”, ahead of their EP Homebound

Twin Kennedy releases video for “Homebound”, ahead of their EP Homebound 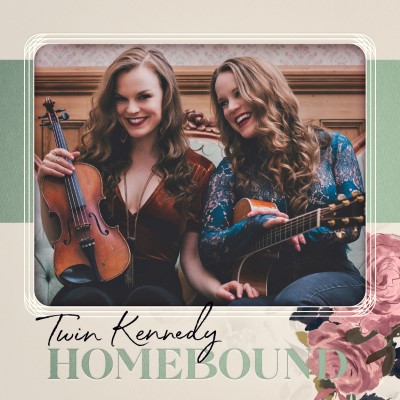 Currently based in Nashville, this duo has made themselves a staple in the country music scene in both the US and Canada over the past five years and have garnered three CCMA award nominations, 13 BCCMA nominations, two Vancouver Island Music Awards and two John Lennon Songwriting Award wins.

On October 4, Twin Kennedy premiered their heartwarming music video for their new single (that was released on September 21) “Homebound” on Taste of Country. It was filmed at The Warehouse in Vancouver, BC, and what’s even cooler is that the identical twin sisters included intimate family home videos from their small-town days in their hometown of Powell River, BC.

“With the “Homebound” music video, we wanted to give fans a behind-the-scenes look into what it was like recording the album. We spent a week at the beautiful Warehouse Studio in Vancouver, BC, making music as the sun was shining through the windows. In addition to the album versions of the songs, we also recorded live performance videos of the tracks, many of which you can see now on our YouTube channel! We are so excited to take viewers into the studio with us for the “Homebound” video … and wait until the end for some vintage Twin Kennedy home video clips!”

Mark October 20 on your calendars because that is the release date for Twin Kennedy’s Homebound EP.

You can pre-save the Homebound EP HERE.