Cots Explores The Language Of Physics In “Our Breath” 3d Animation 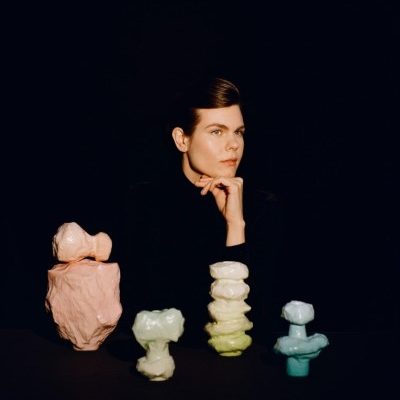 Cots recently released the 3D animated music video for her single “Our Breath” from her debut album Disturbing Body.

Disturbing Body, the intimate debut album by Cots, paints a celestial portrait of lost love and consequence. “Evoking strong memories of Feist’s Let It Die-era softness,” CBC Music remarked that “Disturbing Body feels like a meditation on loneliness and the complexities of the heart … a secret told from Cots to you only. The solo project of Montreal/Guelph composer, singer, and guitarist Steph Yates blends elements of bossa nova, folk, jazz, and classical against a cosmic backdrop – connecting earthbound romance to the gravitational pull of planets. Sparked by her fascination with mathematics’ vast poetic potential, and the power of celestial mechanics, Disturbing Body explores the unexplainable interactions of interstellar bodies and human beings alike. The title – inspired by the phrase for a planet whose gravitational pull alters another planet’s course – speaks similarly to the disruptive nature of love.

On album centerpiece “Our Breath,” her oblique poetry suggests the mystery of a secret hymn, of “a person carrying with them what they need and finding access to it in difficult moments,” Yates said.

Norton says of the video:

“I love that Cots draws upon the language of physics to look at relationships. Theoretical physicist David Bohm once said that thought was a material process, a subtle movement of matter traveling through minds via neurons and synapses. “[…]there is no sharp division between thought, emotion, and matter. You see that they flow into each other.” When I listen to Cots’s album Disturbing Body, I get a sense of an in-betweenness, becoming and unraveling in the lyrical ruminations. I wanted to represent this in a viscous, gooey state in which everything is permeable, where thoughts rippled and melted in and out of shape.”

Across Disturbing Body‘s disparate touchpoints and searching melodies – somewhere between the stars and earthly interactions alike – Cots intersects and starts to make a whole lot of sense. “A cot is a solitary, introspective, and dreamy space. It’s temporary too, suggesting liminality, moving on, passing through. It’s something you leave behind.”

Disturbing Body is out now via Boiled Records on vinyl and digital formats. Cots will join Canadian singer-songwriter Tim Baker on a string of dates through Ontario this month.