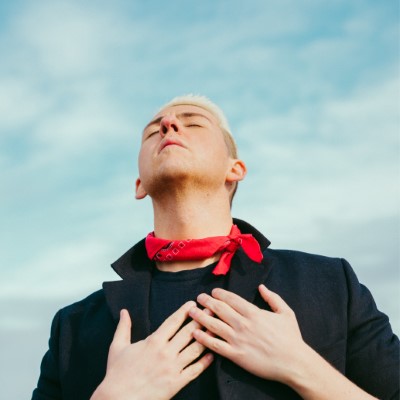 The Outer Circle is the latest release from Vancouver resident Mathew V. A collection of songs that track the story of his life.  He draws inspiration reflecting on his move to London, England at the age of 17, where he found his signature sound, blending his ten years of classic operatic vocal training with a more contemporary soundscape.

As an album, the tracks are smooth and gentle with luscious vocals that fill you with a good sense of security and also give off the feeling of a crisp autumn day.

Standout tracks include “Badly”, featuring a driving drum beat combined with a simple but effective guitar inspired by “Castle on the Hill” by Ed Sheeran. On the other side of the spectrum, you have “Halo” which is an R&B slow jam detailing a relationship that has ended and how someone is doing better now that they are apart. Musically it is a callback to the early 2010’s pop with Sam Smith-style smooth vocals.

Overall, the album details the rising of a phoenix from the fallen ashes of a previous life. It is a soundtrack to the people that may have had a difficult time finding themselves and now are comfortable in their own skin.