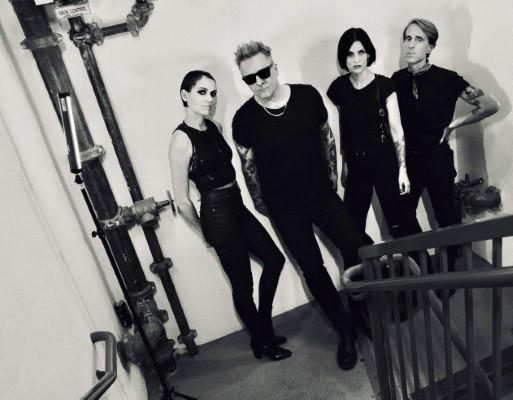 When you first press “play” on ACTORS’ Acts of Worship album, you may think you’re listening to something released back 30, even 40 years ago, but you would be mistaken! The brand new album from the Vancouver quartet delights with sounds of the past without forcing it in any way, which brings a certain honesty that some of today’s new music is missing.

Your new album, Acts of Worship, takes us back to a time when people just let themself loose on the dance floor without a care in the world! When did the idea of bringing the 1980s new-wave vibes to the 2000’s start for you?

The sound of ACTORS happened naturally and without a predetermined idea of how it should sound. There came a time in my life where I just started to write and record what I was feeling. What happened was all these influences from my childhood seeped into the music. That’s really how ACTORS started. It was also the first time I started to attract an actual fan base. I like to think you can hear the honesty in the songs.

What is the greatest advantage of self-producing the new album?

You can make sure the songs end up sounding how you want. There’s no compromise. There are challenges working like that as well. Sometimes you need to take a break and get out of your head. Not everyone has that burning desire to produce and mix. I do that for a living so the tools are available to me. I feel like after years of hard work I’m finally in a sweet spot.

Your video for “Only Lonely” (track 7 on the album) had a very cool, gritty look to it while shying away from so much tech and special effects of today’s more modern-looking music videos. What was your favourite part of that creation process? What were the most challenging parts?

We are always looking at how the visual can complement the music. We’ve been lucky to have great directors like Wayne Moreheart and Peter Ricq to work with recently. It’s all about the right vibe and not how expensive a video looks.

With your music being heard on Netflix’s The Order and Nancy Drew as well as amassing millions of streams on Spotify, what do you think it is that draws people in and keeps them coming back for more?

Our total Spotify streams are just shy of 6 million and our debut album, It Will Come to You, has continued to sell well worldwide since its release in 2018. I think what brings people to our music is that it’s more than just aesthetic; they are real songs that mean something to us.

We are releasing more music videos and getting back on the road as soon as possible. We’ve had to reschedule a lot of tour dates due to the current state of the world. It’s frustrating but we know the wait will be worth it.