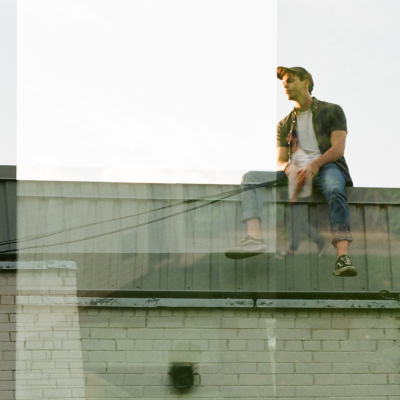 softy is the latest EP from Montreal-based trio, Ivytide.

softy is well named as the album slips into the eardrums and wraps around you like a downy comforter. The EP uses minimal instrumentation of vocals, guitar, and bass, but pairs this combo with hip-hop style drums to, as Ivytide’s press says, “create an endless repetition of emotionally packed, feel-good songs that are bound to get stuck in your head.” The lyrics are also sung softly but also border on being conversational as if Ivytide is chatting to us casually as we hang out in our bedroom about their new relationship: from the excitement to the anxiety. Overall, softy exemplifies bedroom pop with its energy, vulnerability, intimacy, and tenderness.

Standouts on softy were “Call It What U Want” and “Text Me When You Get Home”.

“Call It What U Want” is perhaps the most upbeat track on the EP. The track opens with strongly picked guitar notes to indicate the singer’s anxiety as he waits anxiously for a lover to confirm whether they are in a relationship — or if not a relationship, then to call It what they want, just be clear. The track never releases this anxiety, but juxtaposes it with upbeat melodies, as the singer wrestles with the fact that they are elated to be spending time with this person, but the stress of ambiguity is becoming unbearable.

“Text Me When You Get Home” is a more somber track but captures the same kind of anxiety of “Call It What U Want”. Here, the relationship from previous tracks has progressed but now has run into some sort of conversation breakdown. Here the singer pleads with their partner to work out their issues with them, even if it’s just by a text, as they are desperate to work it out – a sad but very relatable scenario.