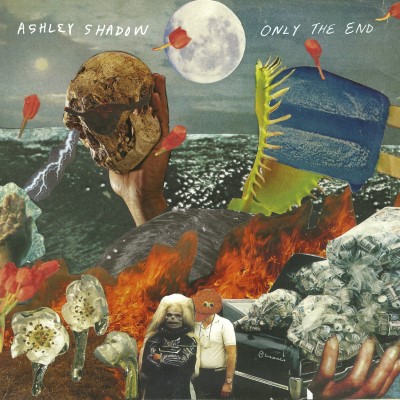 This is great music to cue up in the background, and I mean that in a positive way. Only the End by Ashley Shadow is an atmospheric sort of indie rock fit to set the mood for long scenic drives, intimate gatherings, or simply laying in the grass while watching clouds drift by.

But it’s not necessarily a detached experience. Sure it’s easy to let one’s mind wander along to the enriched rawness and steady, slow to medium pace of the songs (the beguiling “Gone Too Long” is exemplary of this), but certain moments are likely to invade a listener’s any reverie. There are the maelstrom of percussion and deep guitar that close out “For Love,” or the synth frills in “Nothing,” to name a couple of instances. And it’s not entirely rock, either. “Don’t Slow Me Down” stands out as a bit more country-leaning than the rest of the album, resembling a ballad of the genre with its steel and acoustic guitar, somewhat forlorn lyrics, and the crooning of Bonnie Prince Billy, which does well to supplement the slight warble of Ashley Shadow’s own vocals. The latter are consistently charming on any given track.

Vancouver’s Ashley Shadow embodies a pleasant kind of gritty ambience. It’s like the score to a stark but gentle dream.