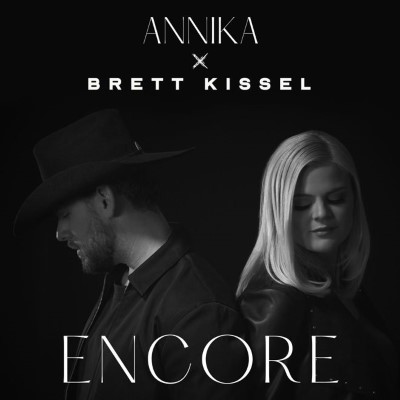 2021 marks an exciting year for acclaimed, Calgary-based country artist ANNIKA both professionally and personally. She has been engaging and entertaining audiences around the world since 2014 as the lead singer of the CCMA-nominated country-pop duo Leaving Thomas. Since moving on from the duo, ANNIKA has been taking a new musical direction as a solo artist and has already seen great success.

We at Canadian Beats want to congratulate you, ANNIKA, on being named the iHeart Radio Future Star (July / August 2021), as well as on the release of your new single “Encore” on September 17, a duet with chart-topping, Platinum-selling, JUNO and CCMA award-winning Canadian country star Brett Kissel. This remarkable tune showcases ANNIKA’s and Kissel’s breathtaking harmonies in an austere production, creating the ideal mix of simple melodies and lyrics that make it endlessly playable.

In addition to releasing “Encore,” ANNIKA, will be releasing her single “Love Looks Like You” as a “twingle” on the same date, giving fans a double dose of new music. This song is a romantic ballad that showcases a softer side of ANNIKA’s voice and highlights heartfelt lyrics in a timeless love song.

On a side note, we would also like to congratulate you and your husband, Spencer Cheyne, on becoming a new mom and dad to Levi on July 12.

Now, on to the interview I had with ANNIKA, via email. This was a great opportunity for me, through Canadian Beats, to chat with her about her two new singles and more. Check out our questions and her answers. You will enjoy what you read.

WOW! Your voice is sensual and transcending and with your and Brett Kissel’s tender-hearted and mesmerizing harmonies, you both bring the audience to imagining what it would be like for keeper of their heart to hear this.

This song was written as a romantic song for a male to sing. I honestly didn’t write it for myself, but then, after hearing the finished product, I fell in love with it and thought “I want to record this song myself!” The song is so simple but so powerful. It really paints the picture of two people falling in love and that intoxicating feeling every person experiences at the beginning of a relationship. As a performer, the hook, “Encore” just made sense to me and I loved the idea of turning that word into a whole chorus that addresses that feeling of always wanting more …

You’ve co-written over 100 songs to date with Nashville heavy hitters such as Carolyn Dawn Johnson, Phil Barton, Brian White, Patricia Conroy and most famously, Liz Rose. But, with “Encore,” you co-wrote t with some of your closest friends (and husband) – Spencer Cheyne, Aaron Pollock, Devin Cooper and Chris Yurchuck. What was that process like?

I love writing with my friends! I feel it is the easiest way to write and I usually end up with the best songs that way because all of us feel comfortable with each other and are open and honest during the writing session. I think it’s also quite fun to write a song with four males – they definitely appreciate the female perspective I bring and I love seeing love through their eyes as well. We wrote the song at a writing retreat, early in the morning and it came together very quickly. Chris brought the hook “Encore,” Aaron started playing a beautiful guitar part and the rest of us quickly joined in! The song practically wrote itself!

Who produced “Encore” for you?

“Encore” was produced by my husband (and JUNO award-winning producer), Spencer Cheyne! He has produced every song on my solo album and I know I MIGHT be biased, but I truly think he is one of the greatest producers in this country. Since he was also a writer on the song, he really knew the visions we all had for the song and brought it to life. He has worked with Brett as a producer, so he also knew how to get the best vocal performances out of both of us. I’m thrilled with what he did by keeping the production very simple, but intentional. He allowed the song to speak for itself but made sure it sounded great!

“As a fan and as a fellow artist, I’ve always hoped to someday share the stage with Brett Kissel. In the studio, hearing his voice on a song that I had written was a dream come true. Brett brought his energy, heartfelt vocals and undeniable talent to the song in a way that nobody else could,”

How did the collaboration with Brett Kissel come to be on this track?

Honestly, when I was thinking of the song as a duet, Brett Kissel came to mind immediately, but I never thought he would take the time to do a duet with me! However, Chris (one of the co-writers on the song) suggested we ask him anyway – what’s the worst that could happen? So, we swung for the fences and to my absolute delight, he said YES! He agreed immediately, and enthusiastically. It was amazing news and I knew he would take the song to the next level with his voice.

Brett Kissel, I believe, is one of the most-kind, talented and humble artists I’ve come to know. What was it like for you to have him record this duet with you?

I have had the chance to get to know Brett personally over the past few years as Spencer is now the drummer in his band. I’ve always enjoyed spending time with him – both on and off the stage, so to sing this duet together is a real honor and an experience I will always treasure.

I hope listeners can be taken to a different world when they listen to a song – I hope they are transported to a specific moment in their life where they felt like they were falling in love fast and hard.

Do you have any fun stories to tell us about in the making “Encore” and what was the most special highlight for you?

The process of writing and recording “Encore” was a joy from beginning to end. Although Brett and I recorded the vocals on different days, I was in the studio with Spencer when he recorded his and we had a blast joking around and enjoying the process. It was in December, well into Covid lockdowns when live shows weren’t happening, so to hear his voice and be in the studio while he recorded ignited a fire in me again and got me so excited about the song.

Another stellar tune. And I guess, the same questions arise.

I’m a hopeless romantic (if you couldn’t tell) so this song screams timeless romance to me! I had the hook written down in my phone for a few months and took it to my regular writing crew who totally jumped on board and turned it into a beautiful, waltzy, easy listening tune that I love.

Who wrote “Love Looks Like You” and who produced it?

The song was written by myself, Spencer Cheyne, Aaron Pollock, and Chris Yurchuck (the usual crew)! It was also produced by my husband (and fellow co-writer), Spencer Cheyne.

I hope this song will lift people up and give hope to those who haven’t found their perfect person yet. I think the search for someone you love can be very difficult and at times, discouraging. However, when you find it, it’s so worth it!

What made you decide to release these as a “twingle” on the same date?

The simple answer is, I have so many songs I want to share with the world and if I were to wait months and months between every release, I would never get them all out! I love the idea of having an “A side” track and a “B side” track. These songs are different from each other, but they complement each other. I think each song provides a new window for listeners into my soul, and releasing two songs rather than just one allows me to connect with listeners in more ways.

And last but not least, yet on a personal note …

If you can have one thing that your fans could remember about you, what would it be?

If fans could remember one thing about me, I hope it’s that they see how much joy performing brings me. I love to entertain audiences – through the songs I write, the recordings and live performances. If I can bring great energy to the stage and put a smile on people’s faces (as well as my own), that makes me the happiest!

“Encore” and “Love Looks Like You” are available on all digital platforms, so download, save or stream them and enjoy!

We, at Canadianbeats.ca, thank you ANNIKA so much for taking the time for this interview and helping your fans and me get to know you a little more and hear your beautiful voice. We wish you much success with all the great stuff that is coming your way.