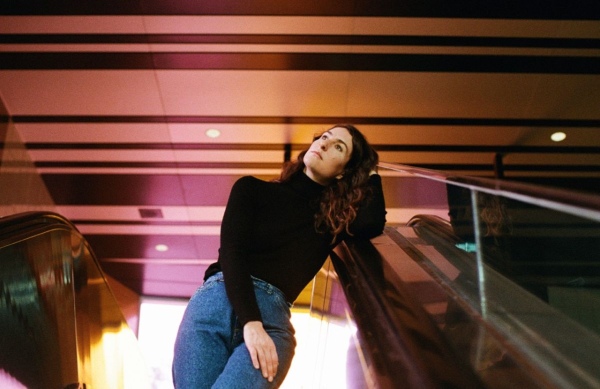 Acclaimed indie-pop songstress, Hannah Georgas has announced All That Emotion (Acoustic) will be available on September 17.

Last September, Hannah Georgas released her Aaron Dessner-produced LP All That Emotion, on Dessner’s label Brassland and Toronto indie stalwart Arts & Crafts. Though long a favourite here in her native Canada with a devoted international audience, the album was the most critically-acclaimed release of her career to date, earning a wave of positive attention from outlets like The Guardian, Pitchfork, NPR, The New York Times, FADER, Stereogum, New York Magazine, Consequence of Sound and Paste among many others.

In the spring of 2021 she released an EP of alternate versions of tracks from the album, featuring contributions from friends and collaborators like Bartees Strange, Owen Pallett, The National’s Matt Berninger, and Kate Stables (leader of acclaimed UK group This Is The Kit), but today Georgas is returning with a new collection that takes a different approach, a mini-album of acoustic versions of songs from the LP that she is announcing with a new take on her song “Change.”

Georgas’ piano and vocals were recorded with Graham Walsh at Palace sound in Toronto, but these new iterations are not solo performances, as Georgas is accompanied remotely by guitarist Christine Bougie and cellist Ben Whiteley, both of whom played on the recent LP from Georgas’ fellow Torontonian The Weather Station, with additional strings from Drew Jureka (Dua Lipa, Bahamas). Though not entirely “stripped-down,” Georgas sees the mini-album as representative of the new life the songs from the LP have taken on as she has performed them in various contexts since recording them with Dessner in 2019.

“Since releasing All That Emotion last year I’ve worked on music with friends in ways I never expected to,” Georgas explains. “Local restrictions pushed me to reach out to my peers and collaborate from the comfort of my home studio, an experience I found surprisingly enjoyable. That distance and isolation inspired me to work on these recordings. It feels nice to capture how I’ve been performing the songs over the past year when I wasn’t able to get together with my band. These versions document a very specific feeling and time, and it’s special to be able to share them.”

Since Georgas’ debut EP in 2009, she has evolved from a regionally based musician performing in smaller showcase stages, to a worldwide touring artist performing in legendary concert venues like Massey Hall in Toronto. She has headlined and performed on festival bills in all territories, and supported high-profile acts such as Sara Bareilles, The National, City and Colour, Boy and Bear and more. Georgas spent much of 2019 touring as a part of The National’s live band on their tours in support of their album I Am Easy To Find.

Georgas has released three full-length albums including This is Good (2010), Hannah Georgas (2012), and For Evelyn (2016) which enjoyed widespread acclaim including NOW Magazine (4/5), Exclaim! Magazine (8/10), Q Magazine (8/10), Boston Globe, NPR Music, and more. Her 2019 effort Imprints is a beautifully recorded 4-song EP released in celebration of International Women’s Day, featuring a collection of covers including music by The Cranberries, Eurythmics, Janet Jackson, and Tegan and Sara.