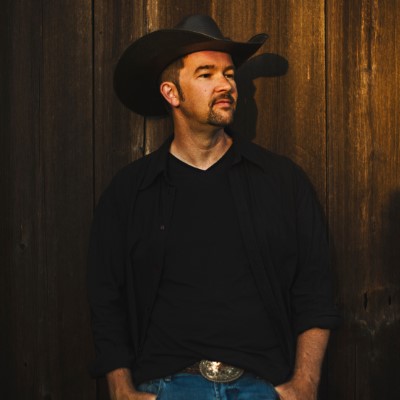 James shares on the single,

“It’s all about getting through tough times with the support of your partner. Knowing that you can be vulnerable at times, and your partner’s strength can carry you through, and at other times, you can hold them up when they need it. “As long as I have you – we’re okay.””

Check out “We’re Okay” below, and find out more about James via our Five Questions With segment.

I’m a singer-songwriter from Stratford, Ontario (no, I don’t know Justin Bieber, but apparently, I just missed him at the mall once…). In 2015 I won Season 2 of ‘The Shot’, which was the impetus is get back into original music after a long hiatus. I actually thought I was starting a rock band, I everyone kept telling me otherwise. I guess I couldn’t shake the country out of my voice after singing in a Tim McGraw tribute act for 12 years. So here I am, a country singer, and I’m loving it!

I’ve been writing since I was a kid, and haven’t confined myself to any one genre over the years. In university, I was in an alternative/grunge rock group (it was the 90’s!), we put out a couple of albums and had lots of fun – but we really had no idea what we were doing! Most of my songwriting has been solo or with a close buddy of mine, and I often tended towards slower, more introspective songs. As a singer, I’ve always liked to incorporate vocally challenging elements into my melodies – you know, the soaring notes that just make you feel great when you belt them out in a performance.

It’s been tough with performing pretty much off the table with the pandemic. It’s hard to keep creative when you don’t have your normal outlets. At the beginning, I wasn’t jamming with the band, and I wasn’t writing. I needed to make writing a priority and needed to create time for it. I was invited to join a virtual song-writing group, which introduced me to a number of fantastic artists, writers and producers. We’re put into groups every month and write and produce a new song. This has allowed me to write with many different folks, attempt different styles, and push me out of my writing comfort zone. And it’s been fantastic. This is where I met my co-writers on my latest single, “We’re Okay” – Carrie DeMaeyer, Matt Koebel (who also produced the track), and Amanda Kind (who performs the other half of the duet).

Of, course, I’d love people to give “We’re Okay” a spin. It’s all about getting through tough times with the support of your partner. Knowing that you can be vulnerable at times, and your partner’s strength can carry you through, and at other times, you can hold them up when they need it. “As long as I have you – we’re okay.” It’s been a tough year-and-a-half for so many people, and I think a lot of people can relate.

I’m really enjoying Annika’s new tracks “I Really Don’t Want To” and “It Still Hurts.” I know I’m pretty close to this, but please, please, please check out Amanda Kind’s latest tracks “easier” and her new solo country track, “Distant Memory.” She’s a killer vocalist and I was so fortunate to be able to work with her on “We’re Okay.” I’m also a big fan of David Boyd Janes. He’s a fellow alum of The Shot, and he’s been on a tear in the Canadian country scene since winning the Emerging Artist Showcase at Boots & Hearts. I’m excited to see where his journey will take him. Check out his latest track, “Couldn’t Hurt” and definitely look out for his new album coming out this fall.