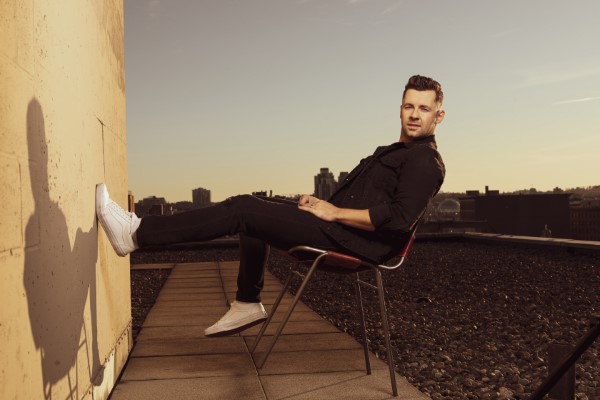 Vancouver-based country music artist Shawn Austin has a couple of great things happening right now that are taking his career to bigger heights and new successes. And, everyone is thrilled to see this happen for him. First, he became the flagship artist for the Big Loud / Dallas Smith joint venture Local Hay Records. And, if that isn’t awesomeness in itself, Austin’s first single on the label, “Tailgate To Heaven” (feat. Chris Lane), has been released and it’s earned great attention from both the industry and his fans.

I caught up with Shawn Austin for a quick little chat to find out his thoughts on how all of this adds up to good things on the way in this next chapter and I thank him for taking the time for hang out for that.

Let’s get on with it.

First up, signing with Local Hay Records… congratulations. It’s a great new step in the next chapter of your career. With this signing, we, at Canadian Beats, are sure that your music will not only reach the national level in Canada but you’ll also push boundaries that will take your music across North America and even abroad.

Record labels can give artists the exposure needed to advance their career, industry clout, and resources that are can be out of reach by an artist. Local Hay and Big Loud, separately, have worked very hard over the last couple of years to bring country music to the forefront. Do you believe that signing with Big Loud / Dallas Smith joint venture, Local Hay Records, will do this for you and give you the opportunity to grow as an artist and grow your career?

I think it’ll be a complete game-changer. It feels a bit synergistic to be able to have my current team and the Big Loud team come together on this. In the first few weeks, I’ve already noticed a huge difference to the way things will operate going forward and couldn’t be happier with the direction. I’m excited about what the future holds.

The music industry has not been in the greatest of shapes due to the pandemic but is making a comeback. What do you think Local Hay Records can do for you that you couldn’t do on your own?

In my opinion, this is two very strong teams coming together to make one. Now, with all the combined expertise and resources, I feel like Local Hay will offer new opportunities that might have taken much longer to achieve before. From really working to solidify my place in the Canadian market, it’s starting to become an option to venture into the US market at some point as well.

How did signing with Local Hay Records come to be? And, what lead you to your decision to sign with them?

Honestly, it was a no-brainer and complete honour. It feels great that this team has trusted me with being the first artist signed to this new venture. I had always known that the two teams were close and worked together on other projects, so in the back of my mind I had always hoped something like this might come to fruition.

What were the first thoughts that came to your mind when this deal was coming to fruition?

Excitement, the thought about being part of this team has made my mind run a little wild with what I think we’ll be able to accomplish. It’s a little daunting when recognizing that I’m about to step into a much larger chapter of my career but I couldn’t ask for anything better.

What does it mean to you that you are the first and flagship artist for this label?

It’s humbling and truly an honour I don’t take for granted. It’s nice to be recognized by this team as someone they believe in and want to take a shot with.

Now that you’ve signed with Local Hay Records, what happens next for you (and them for that matter)?

Now we put our head down and get to business. From recording new music, to raising the bar on the live show, to simply leveling up the project as a whole, I think the next few years will be controlled chaos in the best way.

Let’s chat about your new single “Tailgate To Heaven.” People always need to hear new music and we at Canadian Beats would like to congratulate you on the release of your single. It’s a beautiful ballad.

Who wrote “Tailgate To Heaven” and who produced it?

Written by: Kelly Archer, Rodney Clawson, and Will Bundy

Produced by: Scott Cooke and Will Bundy

Did you record this single in a studio or did any part of it have to be done remotely?

Most was recorded in Langley BC; a few parts were recorded remote.

How and why did you choose Chris Lane to collaborate with you on it?

Initially, we actually were going to do a different song together but Chris heard what we had done with “Tailgate to Heaven” and asked to be part of it. Of course, without hesitation, we said yes!

What do you hope people take away from this very emotional song?

I just hope people hear the song and are reminded of a time or person that hold a special spot in their heart.

And last but not least, how does it feel to have more than 14 million global streams to date of your music?

It’s surreal, I feel very lucky and very privileged to do what I love as a career. The fans have made me who I am and allow me to continue pushing the bar to my limits and beyond. So that’s exactly what I plan to do!

We, at Canadian Beats, thank you Shawn so much for taking the time for this interview and helping your fans get to know you a little more about what’s going on with you right at this moment. We wish you much success in all your future endeavours.