Home / Promos / Cory Marks leaps into the world of rock-heavy with the release of his latest EP, Nashville Nights and announces his fall tour dates

Cory Marks leaps into the world of rock-heavy with the release of his latest EP, Nashville Nights and announces his fall tour dates 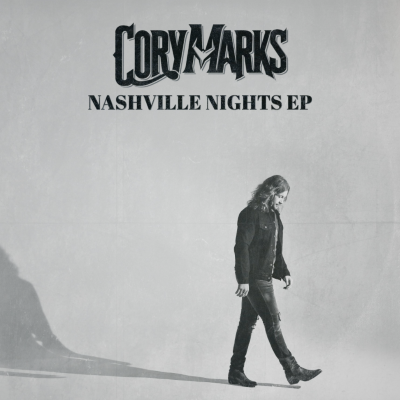 Ontario native Cory Marks has been making a name for himself with his country-rock style and now he’s taking his music and artistry up a notch with the August 27 release of Nashville Nights. This album is “a rock-tinged follow-up” to his Nashville Mornings EP released earlier this summer and zeros in on Marks’s energetic rock background with songs that speak about being true to yourself, living life to the fullest, falling in love, and what comes with those emotions. This collection has Marks showcasing his signature songwriting skills, which are rooted in the Nashville way of storytelling and backed by his coming-of-age experiences.

Marks celebrated the release of the EP, stating,

“This is a sequel to my last EP Nashville Mornings, except this time I show off my rock influences. I always want to make sure that I’m showcasing all artistic sides of me, and I’m happy that I found a new way to share both of these sides with fans with these two collections of songs. These tracks are meant to fill your Saturday nights with fun and rock ’n’ roll. Party on and see you out on the road!”

To celebrate the of Nashville Nights, Marks premiered an official video for the track “In Me I Trust.” The visual “brings to life the booming, anthemic essence of the song” that does allow Marks to channel the passion he brings to the stage.

Marks is joining Theory of a Deadman on their North American tour starting in September. He is also joining Halestorm on tour for select dates this fall.

Horror-thriller film The Retaliators had its world premiere at Arrow Video FrightFest 2021 in London on August 30, in which Marks has an onscreen cameo and a song featured on the original soundtrack.

Marks said of the film,

“The Retaliators is a movie produced by my label (Better Noise) and features my label mates Tommy Lee of Mötley Crüe, members of Five Finger Death Punch and Papa Roach. [I play] the role of ‘Jimmy’ the bartender at their club bar/hideout …I’m very thankful for the opportunity to be part of this film.”

Marks also has a new studio album in the works. With all of this combined, Marks is just beginning to make a significant mark in the music industry. This really is his time to shine!