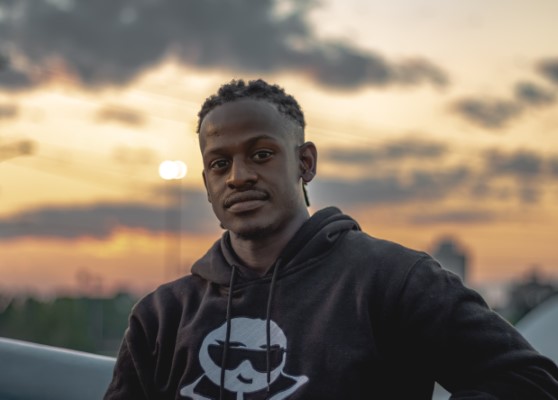 While the pandemic had led people to question their current stage in life – and state of being – KTheChosen waxes poetic on his own experiences, sharing personal concerns and revelations around his goals thus far. Released in March, the song marks the fifth installment of his Nomad’s Tale song series. He closes that chapter today as he prepares his forthcoming album, set for release this fall.

On the project, KTheChosen says:

“My Nomad Tale song series always includes personal stories about where I am in life. Quarter Life Crisis seems to have had the biggest response so far with people contacting me and telling me how much they relate with the feeling or message of the track. To me, that’s what being an artist is about, giving people a way to express how they feel when they can’t find the words. It’s been really humbling to have that kind of response and I hope the visuals add another element that people can appreciate and relate to.”

Directed by Thirty3 Visuals, and filmed in various locations across downtown Calgary, the music video concept is loosely based on a comic book storyline known as Spiderman No More. Peter Parker struggles to balance his personal life with his responsibilities as a superhero and decides to quit being Spiderman. As an artist, KTheChosen feels the same struggle shown in his initial excitement about writing at the beginning of the video and then descends into frustration during the second verse. Although the final verse is more hopeful, he still removes his “costume” at the end of the video which reflects the iconic image of Spiderman’s suit in the trash bin in the comic book and in the movie.

Check out the video for the new single below, and find out more about KTheChosen via our Five Questions With segment.

I was born in Harare, Zimbabwe, and came to Calgary as an international student to study at the Haskayne School of Business. I’ve been passionate about music since high school where I used to freestyle with my friends, rapping over beats they played by banging on our lockers. I’ve come a long way since then, having self-released several musical projects on digital streaming platforms and performed live at events and venues in Calgary including the Rec Room, cSpace, Cowboys, and the Central Library. When I’m not making music, I love attending live events and reading comic books or biographies.

I grew up on music by  Kanye, Lil Wayne, Drake, Lupe Fiasco, and Childish Gambino so I like writing songs that are socially conscious but fun to listen to. I think it’s important to tell stories that your listeners can relate to so I created a mini song series called the “Nomad’s Tale” It has songs based on my own personal experiences. Right now it’s broken up into five parts, with the first three being on my 2018 project, “Nomad’s Land”, the fourth is on my 2020 release, “Jouska” and the most recent “Quarter Life Crisis” (part five) was released as a single this year. I find it’s a cool way for fans to grow with me and see where I was at each year of my life and also creates a fun connection between each project that only loyal followers know about. I also love freestyling, I come up with ridiculous flows when I’m just going off the top of my head.

The pandemic gave me the gift of time to plan and record music. I appreciated being able to completely focus on the story I’m trying to tell on my next project and really flesh out ideas. I was able to collaborate with a few artists and producers over Zoom and Google Drive which made the process more efficient but I definitely missed the energy exchange when working with people in person. Virtual performances have been interesting. I miss being able to interact with a live audience but also appreciated being able to perform shows in other regions like Toronto and New Jersey from the comfort of my home.

I’d recommend “Nomad’s Tale Pt5, Quarter Life Crisis”. Mainly because I think it’s one of my most honest songs and I think most people will relate to it. It also has an awesome lo-fi instrumental so those who aren’t really into the words of the song will at least enjoy the vibes of the beat.

I love BADBADNOTGOOD, Haviah Mighty, and TOBi. TOBi happens to be the only one of the three I haven’t watched perform live…yet!