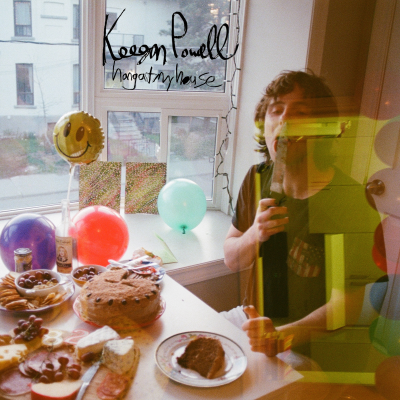 Toronto, ON-based songwriter and performing artist, Keegan Powell began his journey writing and recording in Teenage Kicks as the guitarist on their debut album Spoils Of Youth. Shortly after, he went on to compose songs for Chastity on both their debut LP Death Lust and sophomore record Home Made Satan. Now, he’s about to released his solo album later this year.

Following up on previous releases, “Rock N Roll Kind of Night” and “There’s A Mountain,” his new single “Hang At My House” is energetic and urgent, inspired by the feeling of simultaneously falling in love and out of control.

Check it out below, and find out more about Keegan via our Five Questions With segment.

Usually, I get up in the morning, drink a cup of coffee, and start thinking about songs. Unless it’s apparent that a song needs to be written right away, as it’s presented itself right there and then, I’ll let my mind and its ideas percolate throughout the day. When evening hits I’ll usually have some kind of song idea and will try and finish a first draft and demo of it right there and then. This can take a few hours. Then I’ll eat some ice cream to reward myself and call my mother to tell her the great news.

The pandemic has made me more creative.  It’s a tragedy socially, but I have a lot to be thankful for in this time.