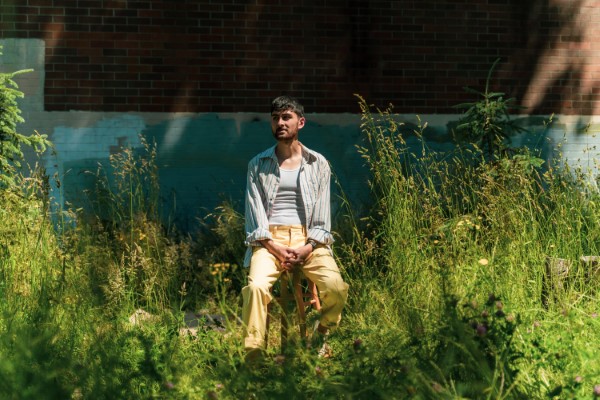 Vancouver, BC-based Juno-nominated artist & producer, Nathan Chu has unveiled his new single, “Call You Mine” under the moniker, Wayfie.

Written over three years ago from the perspective of someone wanting a second chance,  “Call You Mine” is an upbeat love song about wanting an opportunity to be let back into someone’s life. The catchy pop song has an uplifting melody with contrasting, melancholy lyrics. Considered by Wayfie to be a universal love song, each word in “Call You Mine” is intentional, created with the goal of expressing to the listener that asking to be let back into someone’s life when they feel they may not deserve it is incredibly difficult.

Wayfie is a nickname of endearment created by Nathan’s partner that the people closest to him have now adopted. From playing instruments in his parent’s garage to his appreciation for poetry and English literature, Wayfie began creating and releasing his music on Soundcloud. With the goal of producing for as many artists as he could in order to fund his personal artistry, Wayfie’s journey into the songwriting community gave him the support and encouragement he needed to publicly release his own music. With his expanding fanbase and list of collaborators, Wayfie is becoming a go-to artist and producer for some of Canada’s most promising up-and-coming talent, including himself.

““Call you Mine” is about second chances & doing right by the people who mean the most. The poetically candid lyrics perfectly encapsulate the push & pull of any relationship. The sounds create a sense of depth beyond the simplicity of the rhythmic guitar & straight-forward wordplay.

At face value it’s a love story, however, the chorus speaks to a deep longing for the rekindling of fallen-out friendships.”

Check out “Call You Mine” below, and stay up to date with Wayfie via his socials.