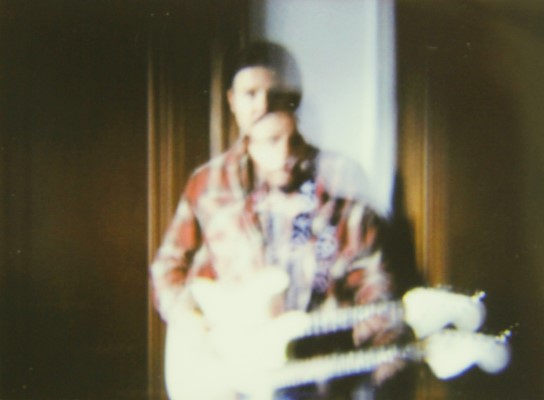 Toronto, ON-based musician, Oliver James Brooks will be releasing his third album, Storm Chasing in November 2021. Today, we’ve teamed up with him to unveil his new single, “Storm Chasing”. The beat will immediately pull you in, and then the vocals will keep you there, and leave you craving more. If you know me, you know I love songs that tell a story, and this song does just that. I certainly can’t wait to hear the rest of the tracks from the upcoming album.

“Storm Chasing” is not a literal reference to chasing an actual storm, it’s a phrase Oliver likes to use to describe the feeling of knowing how something is going to end before it begins.

“I’ve been sober now for over 5 years, but before that I was chasing storms,” he explains. The track itself was mostly written five years ago or so while Oliver was still living in Brooklyn, New York. “You’ll notice in the song I reference ‘10 months long, going strong’, which indicates the amount of time that had passed from when I stopped drinking.”

Recorded at Gavin Gardiner’s All Day Coconut studio in Toronto, Canada, “Storm Chasing”’s wistful and melancholic mood pairs well with Oliver’s gritty vocals. With Oliver on guitars and vocals, Jenny Toni (Dilly Dally) on bass, Gavin on the Wurlitzer and backup vocals, Sachiko Burgin on backup vocals and Andrew Kekewich (Wooden Sky) on the drums, the track showcases just how this album is different from the last, offering a more robust sound when compared to his previous acoustic release. “Storm Chasing” was finished and mastered by Phil Demetro at Lacquer Channel Mastering.

His upcoming album, Storm Chasing, is a 10-track studio album that will be released on November 12, 2021. It was written and recorded between September 2020 and February 2021 at Gavin Gardiner’s All Day Coconut studio in Toronto, Canada. Pretty much all of the sounds were captured using an old Tascam 388 8” track tape machine, with the exception of a few overdubs here and there. The album itself kind of just came together, “the initial plan was to book some time at Gavin’s studio and if all went well more time would be booked,” explained Oliver. Not before too long, 10 songs were finished up and the album existed.

Check out the new single, “Storm Chasing” below, and stay up to date with Oliver via his socials.