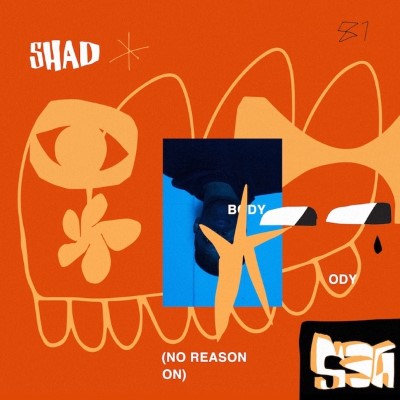 Toronto-based rapper Shad has been keeping busy releasing singles since last spring to offer glimpses of his brand-new album TAO, out October 1st via Secret City Records. Recently, he unveiled a powerful and candid fourth track titled “Body (No Reason).”

“Every song on the album highlights a different aspect (or aspects) of human life. And this one is the simplest: Body. No reason. Just movement, feeling. Got this monster track from Dom Dias, one of the most creative producers around, and just went off!”

The accompanying video, directed by his creative collaborator Justin Broadbent, perpetuates the low-fi and unifying esthetic the duo has been outlining in all the videos off TAO. Broadbent tell us: With a Joe Carter closing line on a track with huge bars, it only made sense to have Shad throw down on a baseball diamond. Unfortunately, the SkyDome was booked on the day of our shoot!

The last singles “Out of Touch,” “Work” and “Storm” received an overwhelmingly positive response by media and fans alike and was picked up by Complex, Hip-Hop Wired, Brooklyn Vegan, Exclaim!, Strombo, KEXP, American Songwriter, and many more. The single also saw Shad landing on billboards and playlist covers across streaming platforms. In addition, recently the renowned Brooklyn-based DJ J. Period released “Globetrottin,” a brand-new song featuring Shad and Masego. “Globetrottin” is a playful storytelling track on J. Period’s EP, which also features Black Thought, Dave Chapelle, Masego, Lin-Manuel Miranda, and a host of others.

Over the course of five records to date, the JUNO Award-winning Toronto rapper has used an array of old-school tools to tackle modern problems, addressing the indignities and absurdities of our world through a shapeshifting mélange of boom-bap breaks, dusty soul samples, jazzy improvisation, and 10-dollar words rolled into thousand-dollar rhymes. But after weaving his myriad musical and philosophical interests into a socio-political song cycle on 2018’s Polaris shortlisted A Short Story About A War, Shad began building his sixth record, TAO, from a much simpler concept: an image of a circle. Though, in true Shad fashion, he saw something much more profound within its basic round boundaries.

TAO is about deep connection, wholeness, and the various threats to it. TAO refers to the Chinese philosophy of naturalism and is an acronym drawn from CS Lewis’ highly prescient 1943 book, The Abolition Of Man, that discusses The Tao. The TAO acronym is also found in The Age of Surveillance Capitalism by Shoshana Zuboff, another very influential book for Shad during his writing process. “The books were written something like 70 years apart but totally connect on the topic of preserving our humanness against certain threatening ideologies and technologies,” he explains. “Each song on the album focuses on a different part (or parts) of our humanity that we’ve been losing touch with.” Below, you can read the full tracklisting and themes Shad touches on with each song.