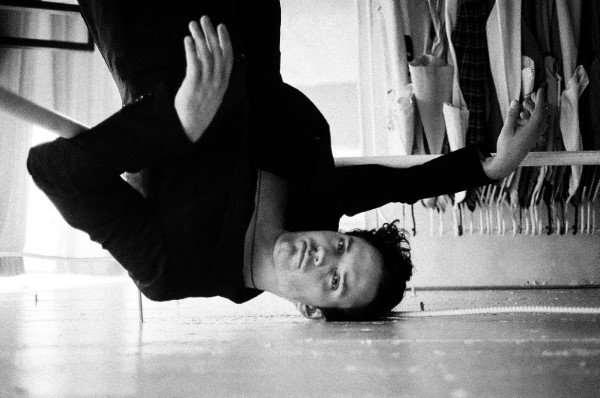 Over the years, we’ve been tricked by the “it was all a dream” scenario in TV, movies, and music videos showing us that, in the end, none of what we just watched was true! Guelph, Ontario’s Sam Drysdale is changing the narrative with his newest single, “Dream About a Girl”, which was born from his time spent in dreamland. Read on for more on that, Sam’s biggest challenges staying creative throughout the pandemic, and much more.

The “dream” you speak of in the new single “Dream About a Girl” was an actual dream, not a metaphorical one! Have you ever written a song based on a dream in the past?

Never. This was the first time I’d ever woken up from a dream with such a heavy feeling that I felt inspired musically. When I woke up, it was almost the same level of intensity as a bad nightmare, except it was euphoric.

With parts of the song created on your own as well as over video sessions, what would you say the biggest challenge with this song was as opposed to some you’ve written in the past? Was the lack of in-person more of a hindrance or a motivation?

Most definitely the former. It was very challenging to be inspired to write music at the beginning of quarantine, but that started to change. As I settled into isolation, it gave me a lot of time to reflect on what I wanted to convey as an artist. That reflection then transitioned into genuine inspiration. I was lucky enough to actually write the song live in-studio with Andrew Martino and Alexandra Soumalias which was so welcomed, but realizing the vision and producing over ZOOM was really challenging.

What’s been your biggest personal challenge over the past year and a half? Professional?

The idle mind is the devil’s playground, and there has been a lot of time for my mind to run idle. It’s very easy for your brain to start playing tricks on you if you don’t keep yourself busy. Quarantine just acts as a catalyst which further complicates things. Professionally – I have a really tough time collaborating if I’m not in the same room as my peers. I need that genuine connection to write meaningful music. I know lots of talented people who don’t but that’s just not me. I’m the kind of artist that, for better or worse, plays every card against my chest. My songs are an extension of me and I need to be down in the dirt with them.

You posted a fantastic old shot of yourself on Facebook captioned “Likely playing the opening riff to Wish You Were Here. Photo cred: @mom”, which goes to show how far back your passion for music goes. Who are some of the first artists/bands that you remember loving and being influenced by?

My first musical memory was my Dad playing me Old Man by Neil Young while I was in the bath. My parents never played me kid-music. I was raised on Jazz, Rock ‘n Roll, and Blues, such as Pink Floyd, Janis Joplin, Carole King, Jimmy Hendrix, Neil Young, John Mayer. Then when I got older I found hip-hop. It was lyric driven, combative, and rooted in blues. BIG, Eminem, 50 Cent, Immortal Technique, Ice Cube – they really taught me about craftsmanship and the importance of every syllable.

We’ve got a whole new world, sonically and visually, that we need to introduce to our peers and fans. This sophomore offering is just eons better than my debut project (2019’s “Vicelove”) and I just want to give it the best possible chance at having a real life. I’m blessed to be from a city that is having such a culturally important moment in popular music. I just hope I might have a seat at the adult’s table.