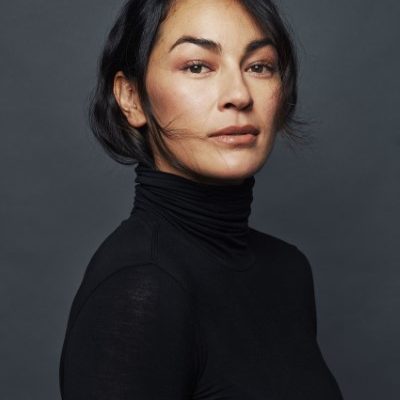 Vancouver, BC-based Chinese, Nepalese, and British interdisciplinary artist, Kristina Lao has unveiled her single, “Let’s Pretend”. She has also released a lyric video to her Instagram to accompany the single. With catchy hooks and Brit-lilt vocals over string-skipping guitar, her cinematic folk illuminates the heart in true troubadour style.

“Let’s Pretend is a rueful observation of our individual and societal pull to stay in toxic situations and justify our feelings, despite a desperate wish for a better life/society/world.
I don’t want to be the person portrayed in this song. Sometimes I feel like I am. But, bringing it to light keeps me honest by playing out the alternative: pretend it’s not happening and hope it goes away. This piece, in its lyrics, gifts me the choice to change; whether it’s leaving a toxic friendship or relationship, switching jobs, or facing climate or social justice. We want to pretend. It’s safer. But we are not safe, my darlings. The world needs us. Our better selves need us.”

Check out “Let’s Pretend” below, and find out more about Kristina via our Five Questions With segment.

Yes! Hallo team. I’m a mixed-race, trans-national kid from Hong Kong who grew up listening to Paul Simon, Ladysmith Black Mambazo, Tracy Chapman, and Regina Spektor. I’ve been on national theatre productions, I am that person you see in a few seconds of that Toyota ad/ Hallmark film and am working on a concept album with my awesome co-writer and producer, Karl Dicaire (Mother Mother, Big Wreck, Danko Jones). I’m passionate about socially-charged storytelling and spend half my life working in front of the lens, and the other half consulting and advocating in and around Career Pathways in Media & Entertainment. Oh and I co-founded a podcast last year called Bombshell Brunches, which is now on Optik TV. I also play tennis (badly) and do the Grouse Grind twice a week at 6 am (because apparently, I don’t have any concept of meandering through life. Classic Hong Konger. KEEP BUSY, LAA).

I’m wordy and nerdy. I read all the time. I love puns. I suppose I’d describe my songs as socially-charged narratives shrouded in pop progressions and sprinkled with Brit-lilt melodies. I didn’t fit into a pure pop genre when I started, because I crammed all the words I could into songs (and I can’t dance choreography to save my left arse cheek.. but freestyle – JUST YOU TRY TO STOP ME). I like to think of my current music as window-gazing folk-pop because these songs are built to float you through your own thoughts about the topics. They’re multi-listen songs that aim to inspire you to assess your views and hold no expectations. The best compliment I ever received was “I couldn’t put what I was feeling into words until I heard you sing them”. Then they said, “Now I’m going to quit my day job”. That was more terrifying than complimentary (I was like NO… UNLESS YOU WANT TO… BUT, UH, HAVE YOU THOUGHT THIS THROUGH, GUY?!).

Karl and I rented a cabin in the woods for 10 days and wrote a full concept album, which I am so excited to release next year. I also launched a podcast with my friend Raquelle Roodenburg called Bombshell Brunches, which has just been picked up by Optik TV. I do a lot of championing for the music community and industry (I was on the Board of our local Music Industry Association, Music BC), so we lobbied for multi-year funding (we got it! YAY!), and I ran around with my friend Ian Cromwell (from Locals Lounge) trying to put together streamed shows and looking for ways for artists to get paid and stay connected during this difficult time. Like many, I felt a stronger sense of community and a drive to band together, as well as deepen my own artistic knowledge. If there’s one thing I’ve learned, it’s that we have to reassess how we participate in the world if we want it to change for the better, and that starts with treating ourselves more kindly.

What You Do In The Dark. It’s the latest release, and Karl and I wanted to highlight the divisiveness of the world today within this song, and to humanize that, but from the opposite perspective. I think it’s more pertinent than ever right now – there are many people who have polarised views, and many within the same family (the vaccine is an example). The song paints the picture of someone who has cut another person off, but still feels so much love towards them and wants to know how they are doing, despite being unable to process or accept them for their differences. We originally wrote it for so many who have been ostracised or pushed away because their loved one(s) cannot accept their identity. Fear breeds so much division, but all humans want (and deserve) to be loved.

Oh my gosh, how long do you HAVE?! Kinnie Starr, Desireé Dawson, Elle Wolf, Tonye Aganaba, Mother Mother, Tegan & Sara, Nimkish, and Rachael Schroeder (who just had a song featured in Handmaid’s Tale – WE ARE SUCH A TALENTED PROVINCE, Y’ALL!).