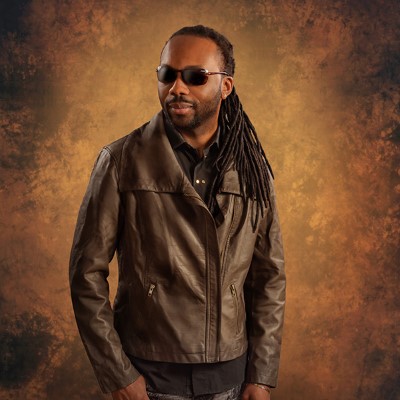 Originally from the Democratic Republic of Congo, the singer-songwriter and keyboardist began his musical career in 1998 at the age of 12 before relocating to South Africa as a refugee. There, he was able to record, tour, and play several festivals. Wanting to pursue his dream of inspiring others with his music and story, he decided to follow his heart and move to Winnipeg in 2017.

Rickson lost his eyesight at the age of 10 from a terrible grenade-related war injury sustained while playing soccer in Eastern Congo’s Bukavu. The country’s instability has caused him great hardship and suffering, but he has always remained passionate and determined to live his life with resilience. Above all, he aims to share optimism through his music. His varied and colorful influences range from Lucky Dube’s reggae in South Africa, to African rumba and international pop like Phil Collins.

With this new single, Rickson advocates solidarity in order to unite communities from all walks of life. The singer Bernice Onzi accompanies Rickson on the track directed by Chris Delema. A festive and danceable summer music video directed by Henry Onwuchekwa featuring Rickson himself will be released along with the single.

Check out “Toucher toucher” below, and find out more about Rickson via our Five Questions With segment.

Rickson Makwe (Ricky Makwe Bazilepo) is a songwriter, singer, and keyboard player born in the Democratic Republic of Congo in 1986. Rickson lost all his vision in a bombing which broke the walls of his school at the beginning of the First Congo War in 1996. He eventually fled from his home country to South Africa in search of refuge. Since that time, music has been the driving ambition in his life.

My music is all about advertising brothers and sisters, families, and friends, to always be positive in life and never give up based on my life experience. My music writing style is based on life experience.

Do you have any upcoming shows? for someone who has yet to see you live how would you explain your live performance?

I have a show coming up on October 13th at the Park Theater. It is very enjoyable with a dancing compilation of songs and releasing energy.

It will be “Toucher toucher”.

It is Céline Dion.