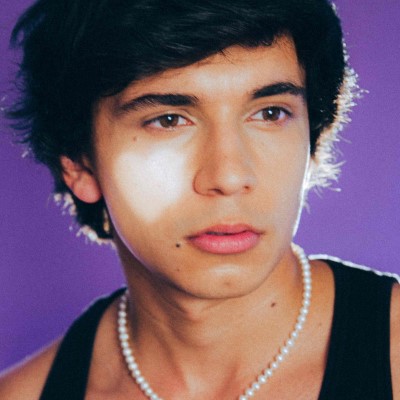 Victoria-based actor and singer-songwriter Ajay Friese released his new single “Your Eyes” on August 19. The track features Ajay’s unfailingly honest vocal delivery and hooks aplenty in this song about self-empowerment and loving yourself even during your hardest times.

“This is a song about love. A song written for those who struggle to love themselves,” said Ajay. “I hope the track serves as a reminder to look to the people who truly know you and see the best in you, and trust in their love and admiration for you. I hope this song inspires people to love themselves more – I hope it makes people feel self-love, actively while listening.”

Self-produced by Ajay and his friend Michael Tessier, Ajay wrote the single early on in quarantine to catch the attention of hitmaker Ken Lewis who’s written for artists like Katy Perry, BTS, and Taylor Swift. After hearing the track for the first time, Ken was blown away by Ajay’s talent and played the song on his livestream show in front of thousands of viewers.

Born in Seattle, Ajay is best known for his acting career, holding recurring roles in five Netflix Original Series, and making his debut in film as a lead in the critically acclaimed Riot Girls (2019) from the executive producer of Insidious. Some of Ajay’s Netflix roles include playing “Vijay Dhar” as a series regular in all 3 seasons of Lost in Space, playing “Eddie” in five episodes in season 4 of Riverdale, and playing the prince of Wendimoor, Farson Dengdamor in 5 episodes in Season 2 of Dirk Gently’s Holistic Detective Agency.

In addition to music and acting, Ajay also has a background in competitive dance, is an accomplished astrophotographer, and as a young teen attended summer camps around the world with CISV, which connects and educates youth from different cultures to build a more peaceful future.

Ajay’s music is a seamless blend of pop, alt. folk, and rock which will be evident in this single and his upcoming EP that will be released later this year.

Here’s what Ajay had to say about his new release:

What does “Your Eyes” mean to you personally? Is it connected to your self-love journey or more of a call to action?

My track ‘Your Eyes” is about overcoming self-worth issues through looking at the way our loved ones see us. I think many of us are our own worst critics. And sometimes it’s easy to have these voices in your head telling you you’re not good enough, not worthy enough, always doing the wrong thing, etc. I’ve gone through a lot of intense critical talk in my head, and for a few years I lost a lot of faith and trust in myself because of it. That’s when I looked at my loved ones, and realized that these people whom I loved and thought highly of… they loved me as well, and saw wonderful things in me. That gave me inspiration to value myself more and to love myself at a time when I really needed it.

How does your experience in acting intersect with your songwriting?

Acting and songwriting are equally valuable towards the other, if that makes sense. For example, when you write a song, you are practicing going back to a moment, or creating a made-up moment, and every time you sing that song you are practicing reliving that story or emotion. And of course, acting is all about doing the same, putting ourselves into situations that we wouldn’t necessarily be feeling in that moment otherwise.

How did it feel when Ken Lewis liked your song?

Early in quarantine we sent the demo of “Your Eyes” to Ken Lewis, and we honestly didn’t really know if we should expect a response. I’m sure people are sending him songs all day, every day. So when we got the email back I was so excited, we were at an Airbnb in Whistler and I remember yelling “YES!!!!”. I sent him more of my stuff, but he never responded to that email hahaha. He did play the demo on his livestream a few weeks later in front of thousands of people and had some very kind words to say about it. That gave me confidence in my craft I think, to hear my music recognized by a hitmaker.

What can fans expect from your EP?

My debut EP “Love” will feature all original songs written by me, all touching on the theme of love: Different forms of love, different stages of love, and presented through an array of genres. The EP front to back will take the listener on a compelling journey of emotions, flowing like a story.