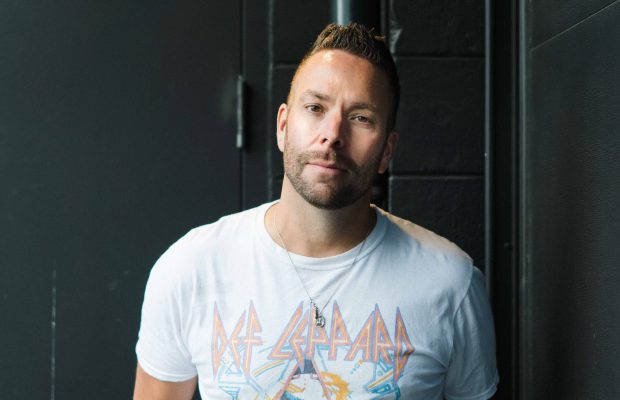 Co-Produced by Kadooh and a close friend, and award-winning musician and songwriter Chad Kroeger of Nickelback, the new track features his evolving country-rock sound.

“Country music is a genre I’ve really grown to love, and I think it’s opened itself up on both the pop and rock side. The parameters have really expanded, and that’s been really great for me,” said Kadooh. “This song is a put down your phone, get up, and head to the dance floor anthem! Allowing people to let loose and burn off some much-needed steam!”

Growing up in a small town in Alberta, Kadooh listened to Charley Pride and Conway Twitty on the way to hockey trips. He soon would turn his passion into a career, joining the rock band State of Shock as the guitarist and backing vocalist.

After spending over a decade with the band, Kadooh made the decision to cross over to country, a genre he’s grown to love, and step into the spotlight for the first time as a solo artist. In 2018, he won his very first country music award, earning the Ray McAuley Horizon Award at the BC Country Music Association Awards (BCCMA). In 2019, he released his debut self-titled EP and 3 singles, and the winning streak continued leading to nominations for BCCMA Male Artist of the Year, SOCAN Songwriter of the Year, Single of the Year, and Album of the Year, and ultimately taking home the BCCMA award for Video of the Year for “Somethin’ to Roll on”.

Kadooh is gearing up to release his debut EP later this year, which was brought together with the help of producer Jeff Johnson.

Here’s what Kadooh had to say about his new release:

How did your experience as a guitarist and back vocalist impact your decision to go solo and evolve into a country-rock sound?

The experience gained through playing in State of Shock and also with other bands along the way helped build my confidence on stage and my knowledge within the industry. I’ve always had a love for country music and being able to bring my experience and a bit of my rock influence to the genre has been an incredible experience. Stepping into the middle was definitely nerve-racking but I feel that if you’re nervous about something you’re heading in the right direction! Be tenacious and chase after what you want!!

What was the inspiration for the “Rattlesnake Bite” song title and story?

“Rattlesnake Bite” evolved from a guitar riff I wrote and Chad heard me playing one day. He immediately was drawn to it and we headed into the studio and started laying some ideas down. He came in the next day and suggested “Rattlesnake Bite” and I kinda chuckled and said “really?” We then decided to make it about a song that makes you forget about ur day to day and pulls you out onto the dance floor! We re-wrote the chorus about six times and we’re finally satisfied with where it sat. We sent over to Jeff Johnson who started the bridge idea. It was a cool little departure and exactly what the song needed. I love the track! It’s super fun and I am so proud of our creation!

What can fans expect from the EP?

The upcoming EP is going to be jam-packed with great tunes that feel good and suited for everyone and anyone. I’m super excited about the songs that we’ve written and the writers I’ve collaborated with to create some super fun and authentically true music. Staying right where I wanna be as an artist!! The journey so far has been amazing and I can’t wait to keep sharing my music with the world!