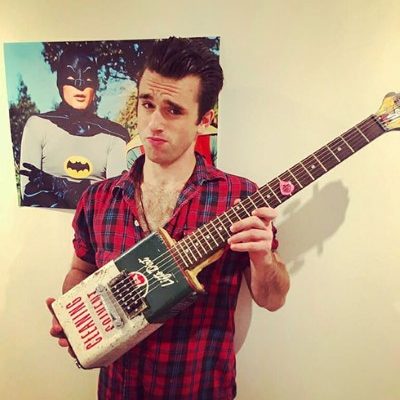 Canadian rock band Melted Fro has released their new single, “Lost At Home” from their forthcoming third album, Hot Pot, which is set for release on August 27, 2021.

This filthy blues song takes on the tumultuous relationship we can have internally with ourselves; the idea is to introduce an objective perspective on being an introvert without sacrificing the energy in the music.

Frontman and renaissance musician Kayne Calder knew he had something special on his hands with this release, saying,

“I went into it just wanting to make an old school blues album like The Doors’ L.A. Woman, but ended up coming out with something completely different.”

The polished grit of Calder’s latest musical endeavor is the intense effort that comes with being in total control of your sound. Armed with the necessary tools in his signature basement studio, Calder carefully crafts and conducts every meticulous detail to give Melted Fro its unmistakable identity — and with all of the love that only a multi-disciplined singer/songwriter can provide.

“I write, arrange, record, mix/master everything myself, so it’s a lot of work, but I really love music. I couldn’t imagine life without it.”

Check out “Lost At Home” below, and find out more about Melted Fro via our mini-interview.

My name is Kayne Calder, I’m the artist behind the rock band “Melted Fro”, I’m 26 years old and I’m from a small town called Tweed, Ontario.

Tell us about the recording process behind “Lost At Home”?

I recorded the song and the rest of my upcoming album “Honey Pot” in my basement studio which I call “Grandma’s Basement”. During the latest lockdown, I had a mission to come out of lockdown with another album because as a musician, being at home and having no obligation to go anywhere is a recipe to make music. I recorded the whole album and all the parts myself so that’s a little bit of a task but there were no arguments among myself and the rest of the band.

Getting my Bengal cat which I named “Lemmy” after of course Lemmy from Motorhead. The other highlight was not having to go anywhere, I like being at home and doing my own thing, spending time with my family and girlfriend AND my cat Lemmy!

I hope to grow my fan base and put out music that helps somebody somewhere.

I’d be dreaming but Queens of the stone age or any other projects of Josh Homme’s. Trent Reznor is another big influence for me, but for now, I would be happy to collaborate with anybody, I’m open to anything.