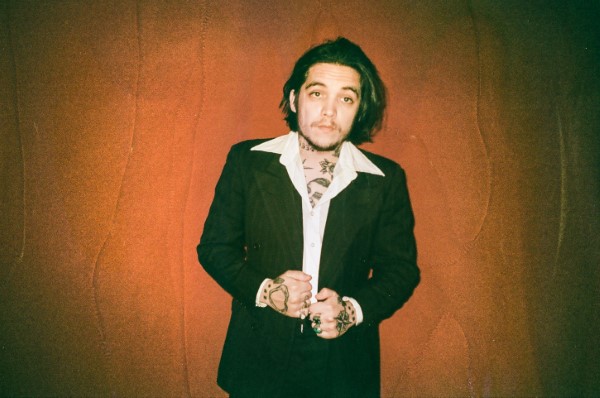 Marked by smooth, soaring, retro-tinged psych-rock, It’s Not Funny So Stop Smilin’ is a record that will take ALIAS to the next level. Initially, a project comprised of introspective songs written only for guitar and voice, he found that his efforts to retroactively instil grit could not scratch their original seriousness and polish, and so he crafted them entirely out of their original forms, introducing fantastic, hallucinatory stories and multilingual diversions: personification of dogs, dementia, the Wild West, killers, loneliness, space exploration.

Within these dark themes, anything and everything can and does happen, framed within a series of elastic, cathartic, sensitive, and soothing rock vibes. Whether it’s the the driving “Why Don’t You Wanna Dance?”, the perfect soundtrack for driving too fast on a dark highway, or the moody “Mad” which contains an almost insuppressible amount of swagger, ALIAS borrows liberally from the canon, interspersing the material with ambivalences, dissonance, fuzz, and tempo changes. It’s indisputably new while containing eerie echoes of past decades, evoking their spirit of dizzy novelty.

Check out the album below, and find out more about ALIAS via our Five Questions With segment.

Hey, I’m ALIAS Emmanuel, I’m from France and I’ve lived in Montreal since 2014! I started my solo project ALIAS 2 years ago, but before that I used to work as a composer for artists (Anachnid, Q052, Samian, Beyries), movies (Jouliks, Target Number One, Demolition), TV shows (Big Little Lies, Sharp Objects, Mon fils, Cerebrum), and I’m so glad to be back on stage today with ALIAS

I don’t have any particular way to write or create a track. It’s different. Every time But I’m truly inspired by pictures and movies. I’ve noticed that, when I’m forcing myself to create, I take a guitar, paper, and pen, and most of the time, nothing happens! But when something is happening in my head I can create and record 15 songs in two weeks! I just go with the flow!

Hell yeah!!! Just before it happened, I was in a recording studio in Montreal (Tone Bender) with my bandmates. I had 10 songs almost done! But Boom! Covid is here, and we had to stay home! I just decided to throw out all my songs and start again with a new album. The older one was too folk and cheesy for me!

I would say “King”! I think that’s one of the songs I really like to perform on stage, and I like the sweet garage fuzzy vibe! But every song of the EP is a part of me, so I couldn’t really choose…

Wow! There are many of them! Leif Vollebekk, Mac DeMarco, Solids, John Jacob Magistery, Paul Jacobs, the list goes on!